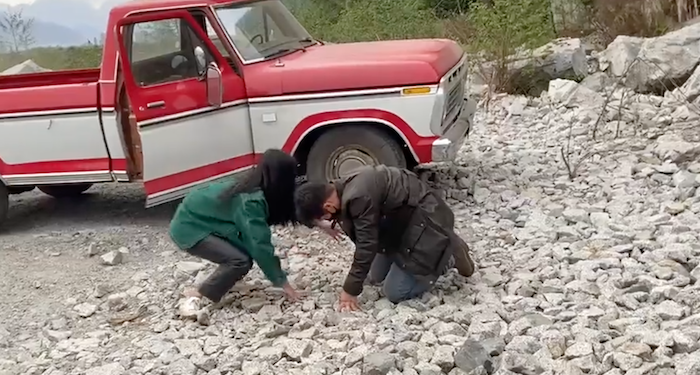 If you’re a regular listener of our Podjiba podcast (and why wouldn’t you be?!), you should be familiar with our weekly segment, “Kung Fu Corner,” in which Tori and I (but mostly Tori) explain what happened in each week’s episode to Dan, who claims not to watch the show despite having weirdly specific knowledge about the series for unexplained reasons.

It’s a blast, and the series is pretty great, too, except in what a pain in the ass it is to watch if you don’t have cable, although it will be a hell of a fun binge when it appears on a streaming network (HBO Max, I believe, though you’ll have to ask Dan, who probably knows the exact answer despite never having watched the series). If you’re into eye candy, there’s a lot of that, too. To wit:

The first season wrapped up a couple of days ago, and the series has already been renewed for a second season. I’m sure it was also a weird first year for the show, considering that it was shot in Canada under COVID-protocols (Dan also has weirdly specific knowledge about this, too). It’s also the sort of environment that might foster a lot of close relationships among cast members. Also, among stunt doubles. In fact, Megan Hui and Ken Do — the stunt doubles for the two leads, Olivia Liang and Eddie Liu — are in a relationship, and while shooting the season finale, the cast helped arrange Do’s proposal. It is adorable.

the best best best part of shooting the finale was planning the engagement of our superstar stunt doubles 😭 Megan Hui and Ken Do are the kindest, most generous, and most mega talented people i’ve ever met. so proud to be Megan’s acting double 😭😭😭 pic.twitter.com/3iXhlwLtP4

The current season of Kung Fu can be watched on the CW app. Meanwhile, tune in to next week’s Podjiba podcast, where Dan will correct us in our discussion of the finale despite never having seen the show.