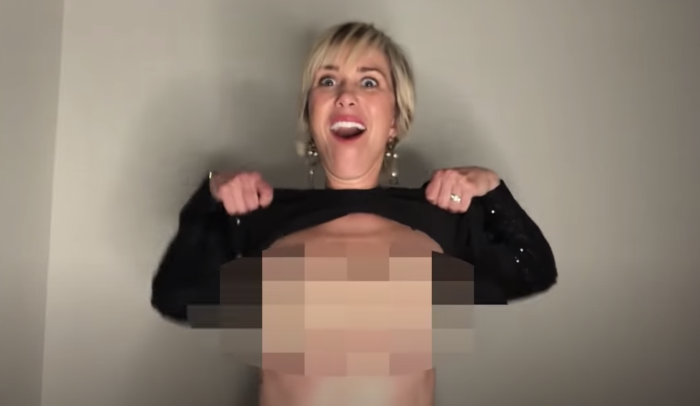 Kristen Wiig Hosts the Mother's Day Season Finale of 'SNL,' Which Asks that We Allow Kids to Drink

Cold Open — There was hope at the beginning of the season that Alec Baldwin would bail as Donald Trump, sparing the world from more of his impression. His appearances have been more sporadic, but here he is in the season finale giving a high-school commencement speech. It’s about as good as you expect it to be, which is to say: Not at all. (Watch Here) (Score: 4 out of 10)

Kristen Wiig Monologue — Kristen gives a Mother’s Day monologue on a day when most of us cannot spend time with our mothers. It’s weird and out there, and then sweet, and then out there again. Also, she flashes the camera. (Score: 5 out of 10)

Zoom Catch Up — A group of friends catch up over Zoom, where Deirdre and Ripley (Heidi Gardner and Martin Short) tell them about their trip to Italy and their “Quarantina” celebration. Hmmm. It’s good to see Martin Short, I suppose.. (Watch Here) (Score: 4.5 out of 10)

Song for Kids — It’s a very necessary, and very patriotic song about letting kids drink. Booze, that is. Until they’re wasted. It’d make it a lot easier on all of us, wouldn’t it? (Score: 7 out of 10)

Masterclass Quarantine — Here’s a great excuse for more Chloe Fineman impressions — here of Phoebe Waller-Bridge and Britney Spears — and Melissa Villaseñor does a fun impression of John Mulaney. (Score: 7 out of 10)

Zoom Church — During a boisterous Zoom church service, the parishioners fail to hit mute and chaos ensues. It’s a one-joke skit, but it’s blissfully short. (Watch Here) (Score: 4 out of 10)

Danny Trejo Song — I’m not saying it’s a great rap song from Pete Davidson and Chris Redd, but I am saying that Danny Trejo — who cameos — absolutely deserves a song on SNL. (Score: 5.5 out of 10)

Hair Vlog — The host of an SNL at Home also appears in a skit this week, but it’s mostly just Kristen Wiig hanging her hair over the camera while answering hair questions. It’s way more annoying than funny. (Watch here) (Score: 3.5 out of 10)

Weekend Update — Nobody needs to see that sprig of chest hair, Colin! I like the premise of Colin delivering jokes, while a drunk Che grieves the state of the world. But there is no chemistry at all between Jost and Che in this first segment, which weirdly reinforces what good chemistry they normally do have. Say what you want to say about Che and Jost — and who knows, this really could be their last show together — but they do have great camaraderie. While it kind of feels like their separate halves of the show were taped separately, there is a joke swap at the end (and this one helped raise $100K), and even though it is supposed to be at Che’s expense, Colin is once again the butt of it.

Update Jeanine Pirro — The best part is she keeps referring to Colin as Ainsley. (Score: 6.5 out of 10)

Tina Fey Update — Fey with a very special message for mothers who just can’t f**king do it anymore. (Score: 8 out of 10)

What’s Wrong with this Picture? — Kenan successfully manages to pull off a game show on Zoom. This is our future on network television, isn’t it? Zoom games? Only not as semi-amusing as this. Ugh. (Watch Here) (Score: 4 out of 10)

Eleanor’s House — Not a great skit — it’s very Kyle Mooney — but it’s been interesting to see how far SNL has progressed, technologically speaking, with these at-home shows. Aidy is actually hanging out with other characters in the skit. Sort of. They’re animated. It still kind of sucks. (Watch here) (Score: 2 out of 10)

Lighthouse Keeper — McKinnon plays a lighthouse keeper with plenty of isolation tips. The keeper has been doing it for years, so he’s an expert! Also, mad from the sea. SNL is back! And by that, I mean: Mediocre with an occasionally worthy skit! (Watch Here) (Score: 4 out of 10)

Dad Pranks — It’s very short, but it’s easily the hardest I have laughed the entire episode. This is also the Mat sketch of the night (and Happy Mother’s Day, Haz)! (Score: 8 out of 10)

Beer Money — Kyle Mooney plays like 6 characters in this skit, which is 6 too many Kyle Mooney characters. It’s a four-minute skit that feels like the length of the quarantine. (Watch Here) (Score: 2 out of 10)

Dreams — The various cast members have dreams about returning to normal life. This one feels both bittersweet and weirdly nostalgic for, like, 3 months ago. (Score: 6 out of 10)

Happy Mother’s Day to all the Moms out there, and let the speculation begin about who will return and who will not next season on SNL.

← Alison Roman and the Exhausting Prevalence of Ethnic Erasure in Popular Food Culture | What You Don't Know About 'Valley Girl' (Both Editions!), According to E.G. Daily and Heidi Holicker →