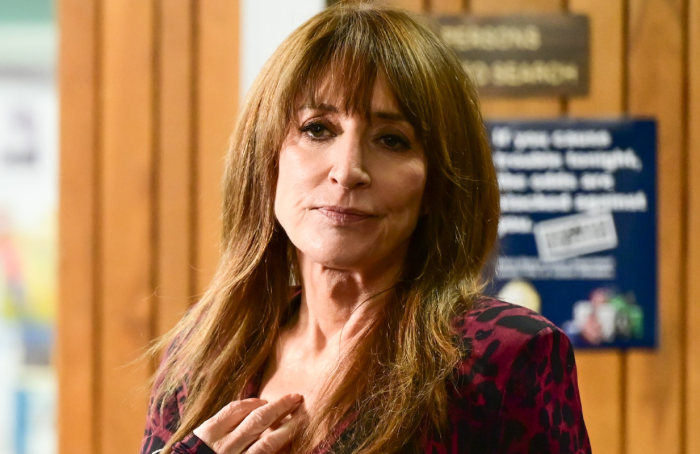 Katey Sagal's 'Rebel' Pilot Is a Mess, But Possesses the Right Ingredients for a Rock-Solid Drama

The Rebel pilot is so packed with exposition and character introductions that it barely has a chance to tell its story, but once it establishes its world and settles into a groove, there’s decent potential here for a rock-solid drama for fans of Erin Brockovich and Shonda Rhimes adjacent dramas.

Loosely based on the life of Brockovich (she’s an exec producer, but it’s not “officially” based on her because someone else owns her life right’s or something), Katey Sagal plays Annie “Rebel” Bello, who is not a lawyer (she “hates lawyers”) but who is “loud.” Those who have seen the Julia Roberts movie know that Brockovich is an activist/advocate who fights for the voiceless, the downtrodden, and groups of people who can bring multimillion dollar class-action lawsuits, which is where her boss, Cruz (Andy Garcia) comes in. He’s the powerful but reluctant attorney who argues the lawsuits (he’s basically the Edward Masry role, portrayed by Albert Finney in the film).

Were this a series about Rebel and her boss, the case of the week (about a faulty medical device) might have gotten more play in the pilot, but there are a whole lot of family members to introduce here, each of whom will fill a necessary role for a legal drama of this ilk. Rebel has three kids with three different husbands, so here we go: Rebel’s first husband is a cop (Matthew Glave) — good for making convenient arrests — and their son Nate (Kevin Zegers) is a gynecologist, good for medical advice; Rebel’s second husband, Benji (James Lesure) is a corporate lawyer, and their kid, Cassidy (Lex Scott Davis), is a do-good attorney who is thinking about selling out and working for her Dad; Benji’s sister, Lana (Tamala Jones) is also Rebel’s best friend, who fills the investigator role; and husband number three is Grady (John Corbett), and their adopted daughter Ziggy (Ariela Barer) is fresh out of rehab. For once, however, Corbett doesn’t play the ideal partner. In fact, he’s a sh*thead, and divorce is a strong possibility. In fact, Rebel is close with all of her exes and her kids, but Grady appears to be the only one in the family on the outside.

It’s a lot to cram into 42 minutes, but creator and showrunner Krista Vernoff — a Shondaland veteran — keeps it from getting too bogged down. There’s a delicate balance here between introducing the premise and all the characters while still keeping the episode entertaining, and Vernoff — with a heavy assist from Sagal — pulls it off. Sagal is the rare actor who can be both brassy and likable, and here I think embodies Erin Brockovich better than did Julia Roberts, who was great in the role (she won an Oscar!), but couldn’t completely escape the fact that she was Julia Roberts.

Likewise, the series is not going to be able to escape its broadcast network trappings, but that’s not necessarily a bad thing for fans of a show like Scandal (in its early seasons), who also appreciate the case-of-the-week comforts of a procedural and a rock-solid cast. The pilot is far from perfect, but it introduces all the ingredients to create a successful, long-running drama once it settles into its weekly format.