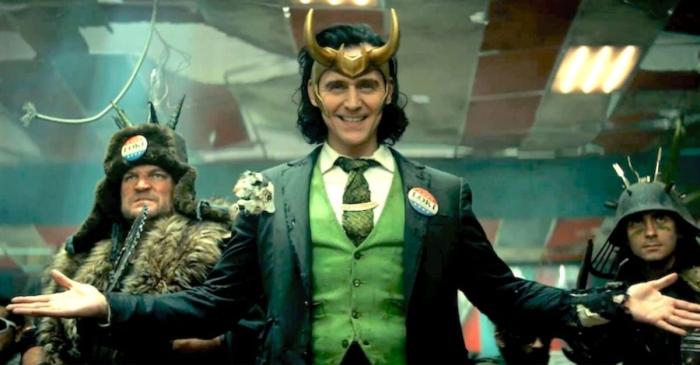 The first season of Loki wrapped up last week with an end-credits scene that also revealed that the series would be returning for a season two. I’m not sure how that works within the context of the MCU, which is kind of annoying to have to think about, but it’s the nature of the franchise. It’s not enough to just watch a movie or a series and enjoy it for what it is, we need to also consider it in the context of everything else. Then again, as someone who was dead-set against the Marvel series, I’ve mostly enjoyed them, so far, and feel more invested than perhaps I might want to be in the ultimate outcome of this phase of the MCU (thanks in part to Tori’s background intel in her recaps and on Podjiba).

Much of the success of Marvel’s Doctor Who Loki can be attributed to director Kate Herron, who directed all six episodes of the first season. With the announcement of a second season, however, also came the announcement that Herron would not be returning. Why? As she told Mike Ryan over on Uproxx, it was because she basically gave the first season all she had, and it was time to hand it over to someone else. That’s it! Nothing else!

I’m so proud of the show and I loved working with Marvel and I’d love to work with them again. It’s a massive undertaking because we ran it like a six-hour film and I just gave it everything. And when I joined, we didn’t have a season two and I think it’s so incredible that we do. And it’s so exciting because there’s so much more road to travel, but I just felt like I was on for this bit and I wanted to just do this one and I gave it everything I had, basically, for the last two years, so … yeah.

I don’t know what to make of the way Mike Ryan uses ellipsis, but he uses them again later:

I knew about season two, but I came on for these six episodes and I just gave it my all. And I’m looking forward to season two as a fan but I just feel … Yeah, I’ve kind of done my bit now, I guess.
[…]
I just felt like this … I’ve done my part now.

I will choose not to read anything into those ellipses and instead focus on the fact that she confirmed the obvious, which is that He Who Remains is Kang.

How I interpreted it, where he was basically saying if you kill me, then you’re going to have to deal with the version of me that is Kang? Is that a correct interpretation?

Yeah. Because he says, “There are other variants of me out there and if you kill me, that’s what’s going to happen, they’re going to wake up. The multiverse will wake up and with that you’re going to wake up all my variants.” I think that’s the thing that was so exciting about it to me. And I really enjoyed crafting this pure version of him because I don’t know where Jonathan will take the character, obviously, with all the different variants.

Huh. No ellipses there.
As she told EW, she was also really stoked to be involved with Ant-Man director Peyton Reed in the casting of Jonathan Majors, who we sadly will probably not see again until February 2023, when Ant-Man and the Wasp: Quantumania hits theaters. Again, it is both exciting and exhausting to consider given how many more movies and series will arrive between now and then.


← Facebook Denies Role in Vaccine Hesitancy, Is Also Completely Full Of It | Did Quentin Tarantino Really Redefine Sharon Tate's Public Reputation in 'Once Upon a Time in Hollywood'? →