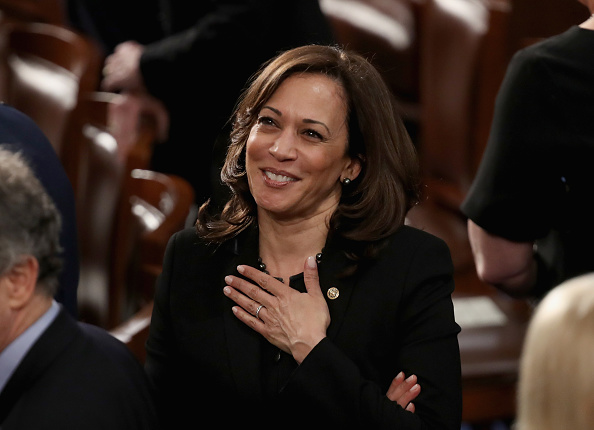 Kamala Harris Drops Out of the Presidential Race

Kamala Harris, the only serious candidate for the Democratic nomination who is both a woman and a person of color, has dropped out of the race. Harris, who seemed to be poised to lead the pack early on after her first debate performance and her work on the Senate Judiciary Committee, never quite managed to catch fire from a brief surge in the polls over the summer that quickly subsided.

I know that a lot of us here were early supporters of Senator Harris, but she never quite managed to define herself between centrists like Biden and progressives like Warren. She also had a lot of trouble dealing with questions about her record as a prosecutor, and she was never able to clearly explain her position on health care. Fundraising was a problem, too, and according to the Times, there were a lot of issues within her campaign, and in between her campaign manager and her sister.

Harris had worked early to build a following in South Carolina in the hopes of gaining some momentum there ahead of Super Tuesday and California, but she was never able to cut into Biden’s lead in S.C. As her money began to run out, she tried to put all her eggs in the Iowa basket, but she just never could catch on.

Still, she was in fifth place in most national polls, and she could make a formidable VP candidate or, even better, an Attorney General in the next Democratic administration. In the meantime, she can be tremendously helpful in upcoming impeachment hearings in the Senate. Her absence, however, will be felt in the upcoming debates. I’m really sad to see her drop out.

To my supporters, it is with deep regret—but also with deep gratitude—that I am suspending my campaign today.

But I want to be clear with you: I will keep fighting every day for what this campaign has been about. Justice for the People. All the people.https://t.co/92Hk7DHHbR

← 'Boyhood' Review: We're All Just Along for the Ride | Bridesmaids - Nobody Has Any Idea What They're Doing, But That's What Best Friends are For →