Oh No! Jonathan is Dead on 'Riverdale'? Wait! Who Is Jonathan?

The only way I can explain the last few episodes of Riverdale is to compare it to, say, really bad method acting. Like Jared Leto playing the Joker even after the cameras have stopped filming. We all know he’s not the Joker. He knows he’s not the Joker. So why is he screaming and maniacally laughing at Margot Robbie while she’s trying to buy some hand sanitizer at Duane Reade?

That’s the last few episodes of Riverdale in a nutshell. Jughead was never dead, which we all knew, but they all pretended he was dead, even when there was no one around to benefit from their pretense. Everyone stayed in character even when the cameras weren’t rolling. They were basically all in on it — except for Donna and Bret, whom Jughead is trying to frame for his non-existent murder — and Cheryl and Toni, because Archie and Betty pretending to nearly grief-f**ck for Cheryl’s benefit is pointless now but another potential Barchie storyline might distract us from the disaster that has been the rest of the season.

Got it? No. Why would you? Because none of it makes any goddamn sense. All you need to know is that Jughead hit himself in the head with a rock; he staged his own death. Betty, Veronica, FP, Jellybean, Mary, and Archie were all in on it, up to and including staging a fake wake, a fake arrest, a fake search party, and paying off the coroner(?). Everyone has been pretending that Jughead is dead, even with each other when no one else is around, but Jughead has been alive the whole time. To what end? To gaslight Bret and Donna into confessing that … they killed Jonathan?

Oh yeah. Jonathan is dead! Wait! Who the hell is Jonathan? This guy? 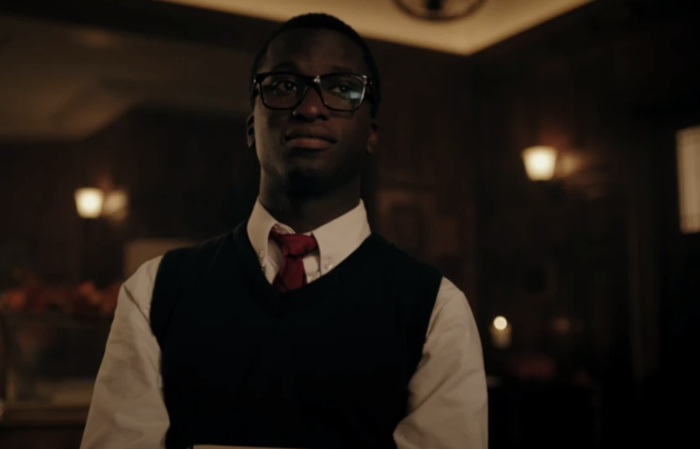 Who the hell cares about this guy? What? This show has had, like, two Black guys in four seasons, and one was named Mad Dog who got into prison fights, and this guy lurks in the background until he’s killed offscreen? WTF?

Meanwhile, Hermosa — Veronica’s half-sister — has some intel on Donna’s real identity, and while we aren’t privy to it yet, it makes “perfect sense” to Jughead. Does Edgar Evernever have another daughter-wife? Or is Donna somehow related to Chic and/or Chuck? Tune in next week, when Jughead and Betty reveal the ruse and nail those Stoneys to the wall, although FP has quit as sheriff, so there’s not really anyone around to arrest them.

← Thanks to Climate Change, the Amazon Rainforest Could Soon Turn Into a Source of CO2 | My Favourite Scientologist: Some Thoughts on Elisabeth Moss →