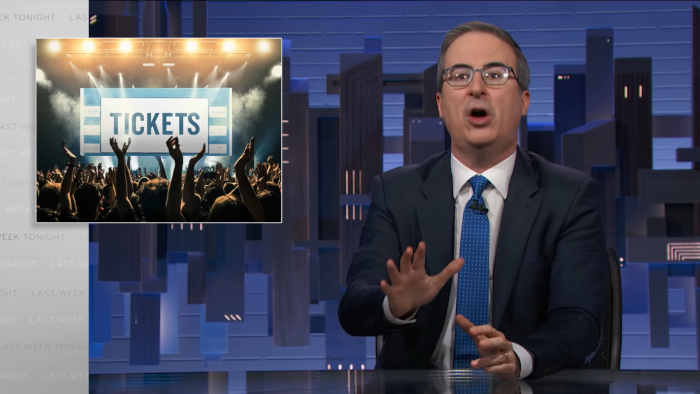 Buying tickets for live performances can be a stress-inducing nightmare riddled with disappointment. It’s been that way for a long time. The struggles of buying tickets are summed up perfectly in this clip from a Simpsons episode that debuted all the way back in 1994.

Now John Oliver, known for his one-topic deep dives, has decided to take a look at the ticket selling and re-selling industry. Spoiler alert: it is fraught. Concert goers (or magician spectators) are at the whims of companies like Ticketmaster and whoever Ticketmaster decides to side with. It turns out that they are very supportive of hawkers and re-sellers. Not only do they allow them to re-sell tickets for grossly inflated prices, their system practically encourages it!

Some bands have tried to fight back. Eddie Vedder, the lead singer of your dad’s favorite band (everyone reading this is 20, yeah?), tried to go around Ticketmaster in the ’90s and ended up playing at state fairs as a result. Not everyone has the same clout as a man whom Weird Al’s baby once fell in love with.

For now, artists can try to fight back against high ticket prices, but it requires some next-level red tape. The artists also have to want to fight back against it. Unfortunately, some have chosen to profit off the very same system. So, next time you want to go see an act in person, make sure they’re playing at your local fair. Otherwise, you may be paying through the nose(bleed).