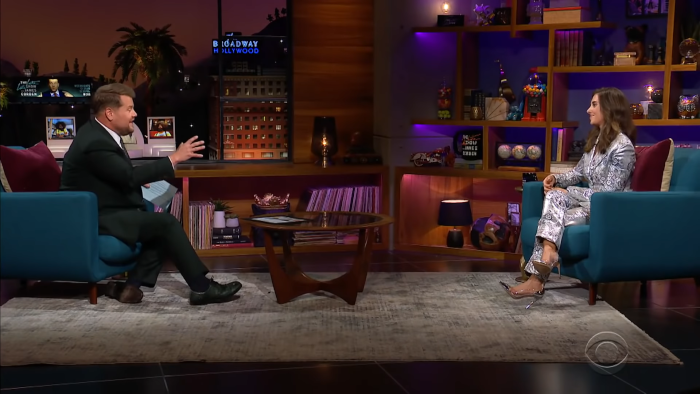 There are plenty of things to make fun of James Corden for. Poking fun at the late-night host from across the pond has become a trend on Twitter. Search his name and you’ll be greeted by people who don’t want him in things. It’s brutal. However, other late-night hosts have mostly shied away from taking their jabs. That all changed in the newest episode of Last Week Tonight with John Oliver.

Oliver ended last night’s episode by cutting to a video collection of Corden talking to various movie stars about their upcoming movies. What starts as standard late-night chit-chat quickly turns into a montage of Corden saying the same phrases over and over again. It’s mind-numbing. Either Corden hasn’t watched any of the movies he claims to have watched or they all left the same impression on him. While I would never expect a late-night host to watch everything they’re going to talk about, Corden could at least switch up his praise.

I cannot emphasize enough how big Oliver even doing this feels. It almost seems like there’s a gentleman’s agreement among hosts not to poke fun at each other. Oliver may drop a few throwaway jokes on occasion, but this is the most direct attack I’ve seen him take. It also doesn’t help that Corden is such a subject of derision. It almost feels like Oliver is piling on. That’s not to say he shouldn’t bring up this weird quirk of Corden’s; it’s lazy and ridiculous. I just honestly did not expect it from Oliver.

Last Week Tonight doesn’t have the video package up on their YouTube page, but if you do a little internet sleuthing (or watch the show in full on HBO Max) you can find it, I’m sure. It is worth seeking out and I hope Corden responds tonight. However, if he does, he’ll likely just say it was “Brilliant.”