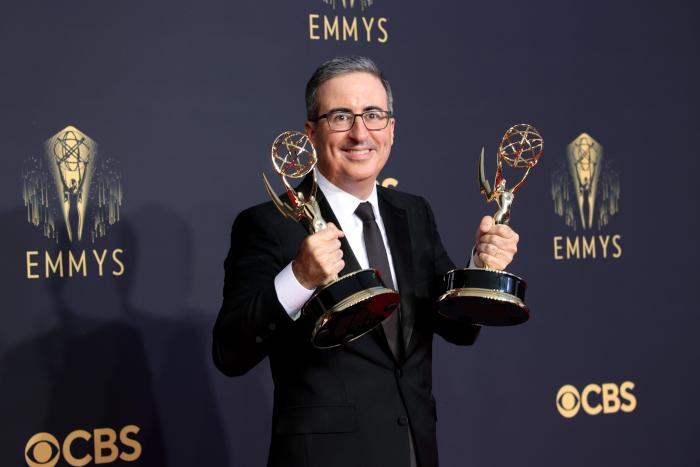 New York City is the worst sometimes. The city I love can be filled with loud, obnoxious people (usually out of towners) who walk slow or dress up as Santa Claus, and get hammered at 11 AM. However, now and then, this beautiful city has its moments. This past week, one of those moments occurred. John Oliver, the host of Last Week Tonight with John Oliver, ran into a gentleman named Matthew Friend. Matthew does impressions. One of the impressions he does quite well is John Oliver. You see where this is going.

While we don’t see what happens before the video, Matthew did something right. Oliver seems more than happy to take a video with him. His happiness then increases as the video proceeds. Friend goes on to do a spot-on impression of the comedian. He even gets Oliver to laugh and, more importantly, gets him to go along with the bit. Bonus points to Friend for handling it like a real pro and not breaking too much or freaking out. He sees his moment and seizes it.

Not all New York moments have to be about giant Christmas trees or obnoxious, 20-year-old, drunk Santas. Y’all, I hate Santa Con and it’s fresh on my mind. Some New York moments can involve a young man meeting someone who inspires him enough to craft an impression of him, and then getting to do that impression for that person. It’s beautiful in its simplicity, and hilarious in its silliness.

Well done, New York. You win this round. Now please place a forever ban on all Santa Con-related activities. Thank you.


← Joe Manchin Is the Worst, and Yet Somehow Better than the Alternative | Pajiba 10 FYC: Lee Pace, King of the 2021 Thirst Trap →