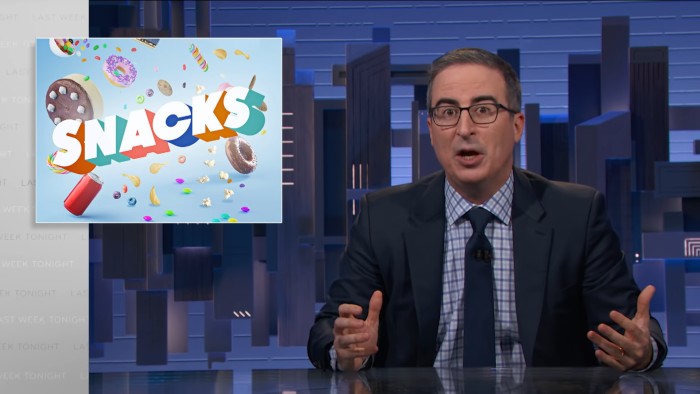 Several years ago, I received a Super Nintendo Classic from my older brother for Christmas. The Classic is a remake of Nintendo’s Super Nintendo, pre-loaded with 25 games chosen by the company. It’s a fun system, but my brother helped make it even better. He showed me how to hack into it and add up to 100 extra games. I went through my childhood memories, thinking about what games I wanted to relive. Some of the first ones downloaded were Chester Cheetah Too Cool To Fool, Chester Cheetah Wild Wild Quest, and Cool Spot. Three games with snack company mascots as lead characters. I thought I was alone in remembering these odd blips in video game history. I was not.

In a web exclusive, Last Week Tonight with John Oliver took a look at snack-based video games. It turns out that I was merely scratching the surface. In the ’90s, it wasn’t just the good people at Frito Lay and PepsiCo that were entering the video game market. Chex had a video game as well and PepsiCo had a follow-up to Cool Spot with the wonderfully on the nose PepsiMan. Oliver didn’t even mention games like McDonald’s Treasure Land Adventure or Yo! Noid. The fast-food industry was in on it too!

The video game landscape, in general, used to be markedly different. Not only were the 8 to 16-bit systems lousy with food-based video games, but movie adaptations were also more prevalent as well. I used to spend hours playing an adaptation of Jaws. A Who Framed Roger Rabbit NES game got a regular rotation in my home. Heck, there were games based on The Untouchables, Kenneth Branaugh’s Mary Shelley’s Frankenstein, and even The Hunt For Red October! Everything was up for grabs.

It’s worth noting that not all of these games were soulless money grabs. Such games did exist, but a lot of them have fully fleshed out experiences made by some of the top developers of the time. Now you may see a mobile adaptation that’s all about microtransactions. Back in the ’90s, you went on a whole ass adventure as the red dot in the 7Up logo. I don’t think one is necessarily better than the other, just different. If anything is a letdown, it’s that there wasn’t a Cheez-It-based Super Nintendo game. Just imagine the … one or two possibilities.