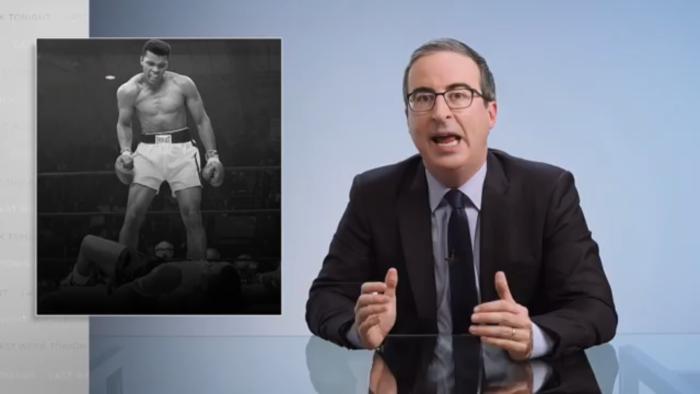 No, 2020 isn’t over yet. Sorry if the headline got your hopes up. Instead, last night was the 2020 season finale of Last Week Tonight With John Oliver. As is usually the case, Oliver ended the season with a stellar episode full of in-depth reporting, payoff on a long-running joke and a big stunt!

John started the show, as he has been forced to do for what feels like forever, by discussing Donald Trump. The point of focus was Trump’s refusal to accept losing the presidential election. Like most in-depth bits on Oliver’s show, it was equal parts informative and depressing.

All this was followed by some of the best payoff of a long running joke I’ve ever witnessed. All season John Oliver has been jokingly referring Adam Driver and his tree-like manliness. Driver makes a cameo in the end of this episode! The only downside is that he wasn’t in the same room. Who knows what would have happened had 2020 not been the giant dumpster fire that it has been.

Speaking of which! Not to be confined to a white void for the entirety of this season, Oliver made one last big gesture: he emerged from the void, revealing that it was inside of a giant 2020 set and then blew the whole thing up.

We will miss Oliver during his off months, as we always do, but this was a great way to end the season. He has been a true comfort during this, the year of Satan. But we will get by! And come February, when… who knows what will have happened, John Oliver will be back to comfort us again. Hopefully.