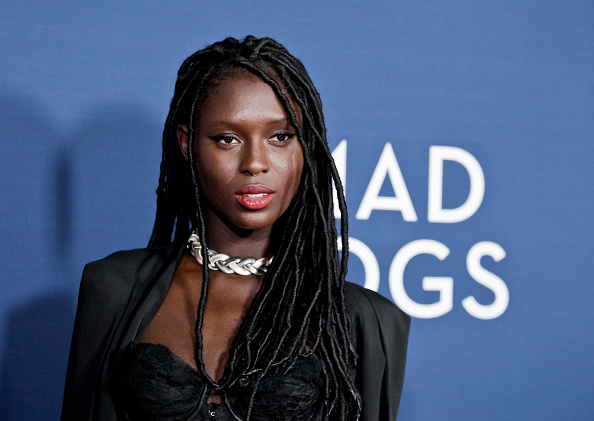 I don’t know a lot about The Witcher beyond what I saw on my screen back in December 2019, when I gorged on the first season, watching it all in one sitting before forgetting most of what I saw. I still don’t know if it’s good or bad, but wow, it is very watchable. In fact, the first season of the series was the most-watched in Netflix history for a first season.

A spin-off was more than inevitable, and honestly, given the dearth of television right now, I’m more than OK with that! I’m even more OK knowing that the prequel, The Witcher: Blood Origin, will star Jodie Turner-Smith (Queen & Slim, True Blood, wife to the late Joshua Jackson (RIP)). From Deadline:

Set in an elven world 1,200 years before the world of The Witcher, Blood Origin will tell a story lost to time - the creation of the first prototype Witcher, and the events that lead to the pivotal “conjunction of the spheres,” when the worlds of monsters, men, and elves merged to become one.

Turner-Smith will play Éile, “an elite warrior blessed with the voice of a goddess, who has left her clan and position as Queen’s guardian to follow her heart as a nomadic musician. A grand reckoning on the continent forces her to return to the way of the blade in her quest for vengeance and redemption.” Those are a lot of words that don’t make a lot of sense together — “nomadic musician returning to the way of the blade” — but I am super down for a blade-wielding musician.

Turner-Smith is also very in-demand these days, as she’s got two films coming out this year (After Yang with Colin Farrell and Without Remorse with Michael B. Jordan), as well as a role starring as Anne Boleyn in a three-part British miniseries.

Meanwhile, it’s the second announced spin-off of Witcher, in addition to The Witcher: Nightmare Of The Wolf, an animated series that will center on the origins of Geralt’s mentor, Vesemir.