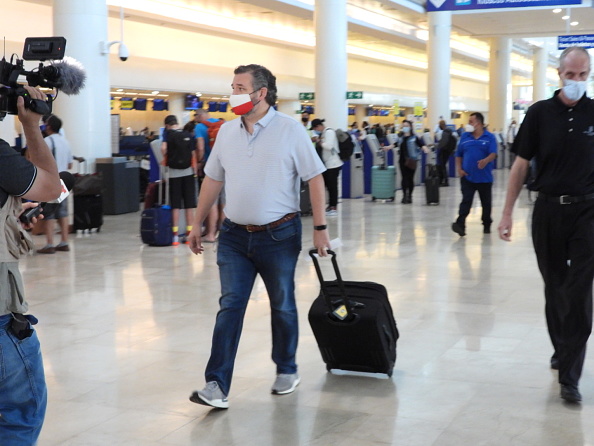 Just like a sequel to a movie that nobody wanted, Ted Cruz is back at the airport. Everybody’s least favorite Senator got testy with airport staff when he missed his flight. Things got so bad that the cops were called. For the man who claims to support the working people, throwing a hissy fit isn’t a great look. Jimmy Kimmel devoted a whole section of his monologue to Cruz’s pettiness, and the jokes were flowing like the booze on whichever flight realized they no longer had to fly with ole Ted!

It’s a wonder we don’t have more videos like this for a particular sect of Senators. Maybe it’s the masks, but Cruz can’t be the first person of his ilk to lose it on someone just doing their job. Heck, members of his party have gone out of their way to cheer on people who “protest” mask rules by refusing to leave a Denny’s. Why haven’t they tried to make the same waves? You’d think it would be politically beneficial, but maybe even their most fervent supporters know when something just looks pathetic.

That’s what Cruz is here: pathetic. As Kimmel points out, this took place not long after Cruz claimed airline employees were spontaneously thanking and hugging him. Ted Cruz can’t even get his children to hug him, we’re supposed to believe strangers are doing it? Also, there’s no way that this is the first time this jerk has acted this way at an airport. People don’t suddenly become bad customers.

You can add this to the list of embarrassing Ted Cruz moments. It may not stop him from getting reelected, but it will remain something we can tease him for a very long time.