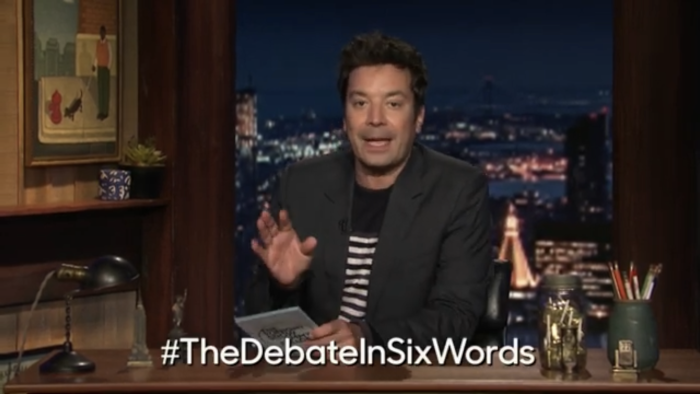 I did not watch the final presidential debate last night. The first one did not change my mind, nor my wife’s, so instead we opted to watch a fake scary movie instead of a real one. To make matters even better, Jimmy Fallon came in strong with a game of “Tonight Show #Hashtags,” challenging people online to summarize the debate in six words. Well, people online did not disappoint.

The first tweet Jimmy read started things off strong with someone commenting “Thunder Dome in the Nursing Home.” From there it’s two solid minutes of Fallon gleefully enjoying tweet after tweet. Answers like, “I kinda miss Trump being insane,” and my favorite “Twelve more days until I sleep.”

I think what works about the bit so well is Jimmy’s pure enjoyment of what he’s reading. As someone who has perpetual “how did I get this awesome job” face, The Tonight Show host is at his best when he gets to sit back and observe. You can tell that he was truly amused by the tweets that were chosen.

There’s also something inherently alluring, to me, about the communal aspect of the sketch. Unlike Kimmel’s “Celebrities Read Mean Tweets” bits, (which are still funny in their own right) Fallon exposes the, dare I say, bright side of Twitter here. Giving everyone a chance to be in on the joke. That honestly gives me kind of a warm feeling. But maybe I’m just getting sentimental in this, the 894th day of 2020. 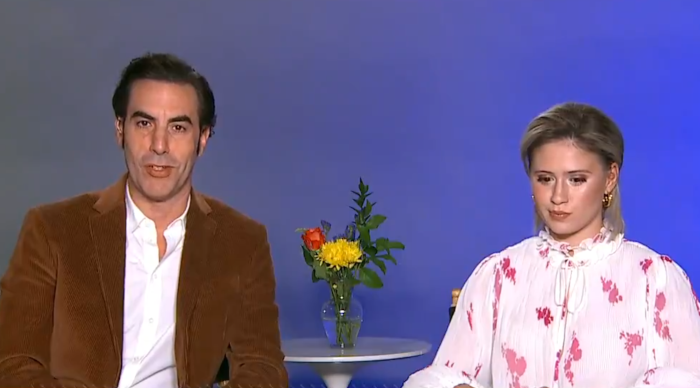