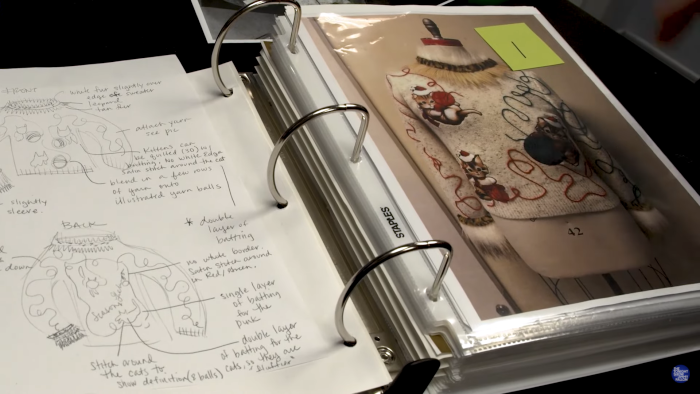 Christmas is almost upon us. To celebrate, the folks at The Tonight Show with Jimmy Fallon released a special behind-the-scenes look at one of their favorite traditions. Every year since 2009 (excluding last year), Fallon gives out 12 ugly Christmas sweaters to lucky audience members. While that part is fun, my favorite aspect of this video is how he highlights his costume department.

Backstage people (lighting, costumes, sound, set building, cue cards) are the unsung heroes of late-night television. Without them, the shows would not be able to function. They get their kudos occasionally. Wally, who does cue cards for almost everything at 30 Rock, gets a lot of love. But everyone should be celebrated, which is why I loved this video so much.

Jimmy Fallon gives some real sincerity in this video. Maybe it’s because he’s backstage and not behind a desk. Perhaps it’s because he’s not talking about celebrities. He’s talking about the hardworking costume people on his show, and he appears to have nothing but respect and admiration for them. It’s nice to see such a display, especially around the holidays.

Also, the sweaters look fantastic! Obviously, they’re supposed to be over-the-top and occasionally garish but the work that went into them is apparent. Hardworking costume people doing what they do best and getting the props for it. You love to see it.