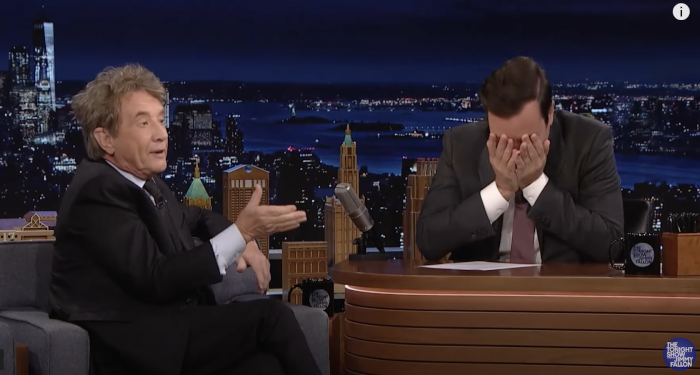 Over the years, Jimmy Fallon has gotten a lot of sh*t for his interviewing style, which amounts mostly to laughing, pandering, and asking the occasional question. That is never more evident than in this interview with Martin Short. But for being the constant butt of Short’s jokes, Fallon didn’t even need to be here. I hate the idea of replacing a late-night host with an automated robot, but honestly, would anyone even know here?

And yet, it’s also a brilliant, hilarious seven minutes, chock full of zingers and Martin Short’s effortless charm. He’s 72, and still unrivaled as a late-night show guest. “In fact,” Short says to Fallon, “tell everyone what you were telling me about how the Proud Boys is so much more than a club, what did you mean by that?”

You don’t get better than this.

The season finale of Only Murders in the Buidling, nominated for 17 Emmys, will air on Tuesday night.