Jessica Walter Is a Ghost in the Archer Season 12 Machine

Spoilers for Archer season 11 and 12.

Fame. Fortune. Hot little Filipino masseuses. These are a few of the things Archer & Co. expected after they saved the world from Elon Muskian billionaire Rex Licardo’s plot to destabilize the Antarctic ice sheet at the end of season 11. Coastal citizens would’ve needed to grow gills had Archer not crippled Rex’s submarine with the ultimate pickleback. For once, the crew deserved their expected accolades. Instead, due to the systemic incompetence built into every facet of what was once the ISIS spy agency, they sold the wall art and the lights got turned off anyway. It’s the perfect time for some half-assed schemes. The first of these, to hire a community theater nightmare of a PR agency (Harvey Guillén and Natasha Rothwell), runs facefirst into Mallory Archer’s tightfistedness and ends almost as badly as Archer’s incompetent rescue of a brilliant scientist (Eric André) and his Macguffin. The second, involving substantial financial banking from Lana’s billionaire husband Robert (the always welcome Stephen Tobolowsky), leads to threats both existential and physical in nature, as Lana’s private and professional lives conflict with the eco-terrorists interrupting their work retreat.

It’s a lot. And most of it is good, though I can’t say it’s great. Much of what made Archer the best American workplace comedy of 2011-2014 remains; the snappy dialogue, obscure references, and co-dependent relationships are all there. But a decade in it feels both sparse and too densely compacted. Where once upon a time a jet highjacking like “Lowjacked” would’ve been a two-parter, now it’s crammed into a single episode. At the same time, the character work is more shallow. Pam Poovey might be a bisexual hedonist but she’s not only a bisexual hedonist. There used to be a struggle between the characters’ terrible instincts and their better natures. That push and pull is gone, and these first two episodes strip the characters down to their most basic elements instead. I honestly think the lack of flashbacks is part of the problem; those little 3-5 second glimpses of Archer et al’s past lives added depth. The stories now are much more linear. But “Lowjacked” exposed a much larger problem, and I hope one that doesn’t show itself so clearly in future episodes; the lack of new material from Jessica Walter before her death on March 24 this year. 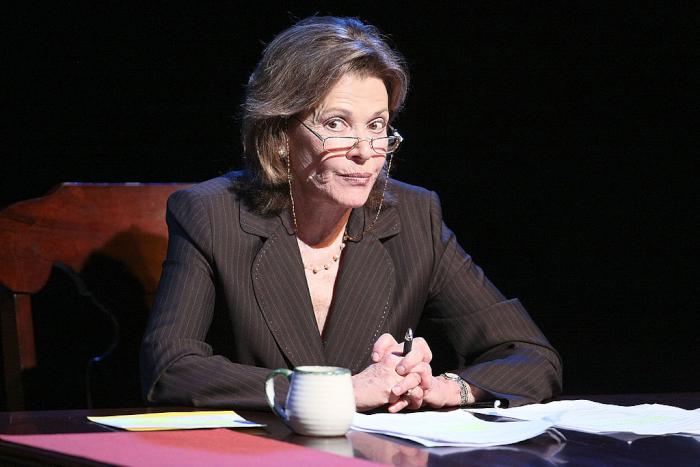 Episode 1, “Identity Crisis,” is fine. As far as I can tell all Mallory Archer’s lines are newly recorded. She sounds like she’s in the room with the rest of the cast. Not so in “Lowjacked.” From what I can tell, every one of Mallory’s lines is cut from a different episode. As previously discussed, Archer is the background noise for most of my home chores. So when Mallory said “It smells like a kennel in here,” I instantly recognized it as a line from a previous episode. “Heart of Archness, Pt. III” to be precise. Her “good point” is cut from “Sitting” in season 6. “Well then, problem solved” is from season 5, episode 5, “Southbound and Down.” It’s not only the dialogue; the quality of the audio changes. It’s most noticeable with headphones. I hope casual viewers won’t notice but for me, the effect was jarring and a little upsetting. It’s not a moral issue. They had the episodes ready to go and needed a solution. The team behind Archer is not, say, a sketchy-ass documentarian lying to their audience about what was said by whom. Jessica Walter spoke every line for the show. But they don’t fit quite right. And as a fan of Ms. Walter in everything from Archer to Arrested Development and Star Vs. the Forces of Evil, that’s a bummer. Still, I’m sure she’d be the first to say the show must go on. From what I understand the next episode, “London Time,” spends a great deal of time on Mallory’s past life. That’s something to look forward to.

So far season 12 doesn’t reach for the lofty heights of Archer’s peak. It’s more of a leisurely afternoon hike back down the mountain. That doesn’t mean it’s not worth doing, but it comes with different (lower) expectations. I’m not giving up hope on a sudden return to the biting brilliance of past seasons, though. It wouldn’t be the first time. Either way, I’m grateful for at least one more go-around with the gang from The Agency.

← It's Weird that Justin Theroux Takes His Shirt Off on Flights, Right? | 5 Shows After Dark: 'A.P. Bio' Fourth Season Premiere, 'What We Do in the Shadows' Third Season Premiere FX →