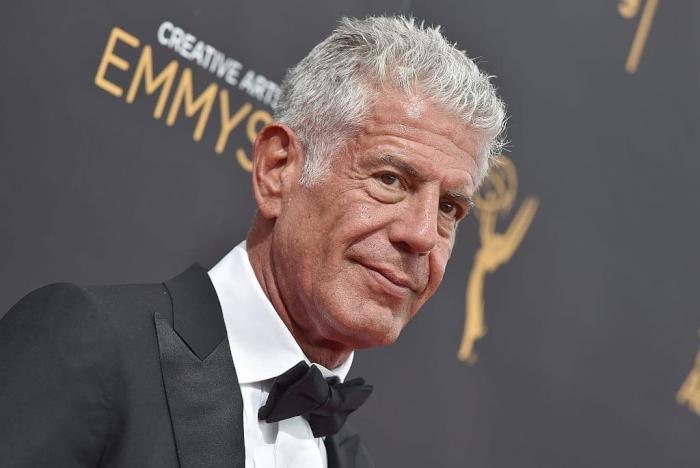 Controversies Over Anthony Bourdain Documentary Hurt The Women He Loved

As it hits theaters, Roadrunner: A Film About Anthony Bourdain faces criticisms of documentarian Morgan Neville’s methods. Of major concern is Asia Argento’s exclusion from the project.

Argento, who was in a relationship with Bourdain at the time of his death, has spoken publicly about that relationship and about how his suicide has affected her. In 2018, only months after he died, Asia gave an exclusive interview to Daily Mail TV. She talks, tearfully, about being blamed for his death, and the guilt she will live with forever because she didn’t realize how much pain he was in. She also speaks candidly about the anger she experienced, feeling that Bourdain had abandoned her and her children.

It’s clear that Argento had a great deal of love for Anthony. In June of this year, she shared an Instagram post full of pictures and videos of Tony in celebration of what would have been his 65th birthday.

Despite the fact that Asia was in an intimate relationship with Tony at the time of his death, and despite the clear resentment many of the Parts Unknown crew members voiced in Roadrunner over Asia being included in the messy, final days of the show’s production, Neville chose to avoid including or confronting her in any way. Instead, he opted to allow interview subjects to talk about her, around her, and point some fingers at her. The takeaway is a feeling that maybe she DID have something to do with his death, that maybe she is to blame. But maybe that’s because she’s not there to speak for herself. And neither is Tony.

In an interview with Wall Street Journal, the filmmaker said of his decision, “His relationship with Asia, I felt like I didn’t want to get one inch deeper into that story because it was quicksand…You can make a whole film just about that and that was not the film I wanted to make. It gets really complicated and in a way that to me is not ultimately enlightening.”

This feels disingenuous. Morgan Neville, as the filmmaker, holds all the cards as far as which facts to present us with and how the story is framed. In his half-assed attempt to avoid getting his hands dirty in the specifics of their relationship, he chose to let his interviewees get THEIR hands dirty. We’re only given outsiders’ perspectives and that isn’t any more enlightening than giving us the complicated, full story.

The other concerning practice employed in creating this documentary is something that only came to light after its Tribeca Festival premiere. In an effort to give Tony’s written words more of Tony’s “voice” Neville worked with a software company to create an AI version of Bourdain for some narration segments. Which segments? He’s not telling.

In an interview with The New Yorker, he explains that the company was given hours of unrelated recordings that they used to create a deep fake of Tony reading some of his own writing. We know that this method was employed during the segment where David Choe reads an email Tony sent him. Other than that, the filmmaker is not willing to expose what additional parts of the voiceover are fake. His flippant response in the interview was, “We can have a documentary-ethics panel about it later.”

In an interview with GQ, he claimed to have gotten the OK for this AI narration from “the widow.” That’s how he refers to Ottavia Bourdain. Not by name. Just as “the widow.” Ottavia was having none of it.

I certainly was NOT the one who said Tony would have been cool with that. https://t.co/CypDvc1sBP

The first thing I want to say is that this is creepy and weird. Also unnecessary. We all know what Tony sounds like. For a lot of us, his voice is embedded in our brains. We don’t need anyone to fake it. Especially when, in the same interview with GQ, Neville admitted that he made editorial decisions about the type of voice used in these segments.

We also had to figure out the best tone of Tony’s voice: His speaking voice versus his ‘narrator’ voice, which itself changed dramatically over the years. The narrator voice got very performative and sing-songy in the ‘No Reservation’ years.

Tony would most certainly not have been cool with this. He would have seen this as a violation. And he would have mocked Morgan Neville ceaselessly for attempting to literally put words in his mouth. He also would NOT have been cool with Neville misrepresenting Ottavia in any way. While Ottavia’s friends support her on social media, she most certainly can take care of this guy herself. I don’t think we’ve heard the end of this particular argument and I am rooting for Ottavia to F him up like an unprepared sparring partner.

Morgan Neville has a good track record as a documentarian and I hear that a lot of Roadrunner is a good, heartbreaking, film. But the choices he made regarding the treatment of Asia Argento and this goofy, ill-thought-out voiceover nonsense are marring its release and my enthusiasm for it. The way in which he brushes off the very valid criticisms reeks of entitlement. As if he expects to be lauded as a hero for telling us a part of Bourdain’s strange, complicated life story. When Tony showed us the world, he showed it to us warts and all. Sometimes he even managed to make those warts a little more lovely. But he never wanted a pat on the back for it. He was always respectful of the people whose stories he was telling, and we should expect the same from anyone trying to tell his story. Tony deserves that much at least. So do we.

← 'This Way Up,' That Uproarious and Heartwarming British Series You've Never Heard Of, Is Back | 'Ted Lasso' News Round-Up: Because Lasso Is Life! →