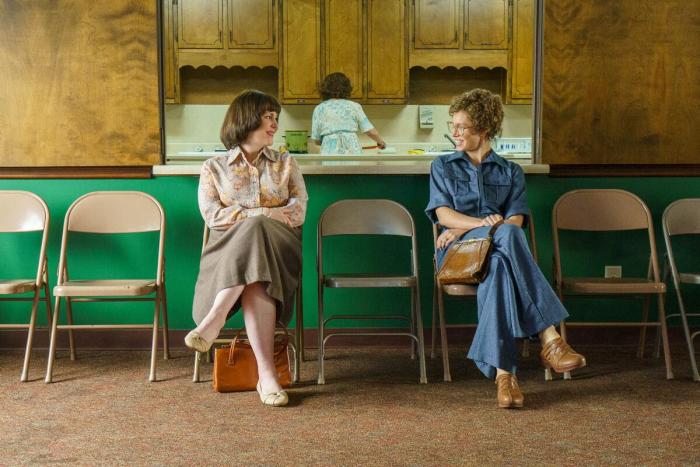 If it feels like we have been inundated with true crime of late, it’s because we have! It has not, however, dampened my enthusiasm for good television based on grisly murders, as what appears to be the case with Candy. In the Hulu series from Nick Antosca (The Act), Jessica Biel stars as Candy Montgomery, who has a Tami Taylor Texas accent and a hell of a hairdo.

Back in 1980, Montgomery befriended Betty Gore, played by Melanie Lynskey, and then proceeded to have an affair with her husband. When Gore found out and confronted Montgomery, she hit Gore with an axe. Forty-one times. She confessed this to the police under hypnosis. The real humdinger here, however, is that somehow Montgomery was also acquitted of the crime. (HBO Max has a series due out later this year called Love and Death covering the same crime starring Jesse Plemons and Elizabeth Olsen).

The five-episode miniseries takes us through the friendship between Montgomery and Gore, the murder, and the subsequent trial. It also stars Timothy Simons, Pablo Schreiber, and Raúl Esparza, each of whom I’m sure will have their own bad hairstyles.

Candy is a five-night event, debuting on May 9th and running through May 13th.


← Is 'Law & Order' Laying the Groundwork for Writing Off Anthony Anderson's Character? | 'Grey's Anatomy' Writer Placed on Leave for Some Messed Up (Alleged) Lies →