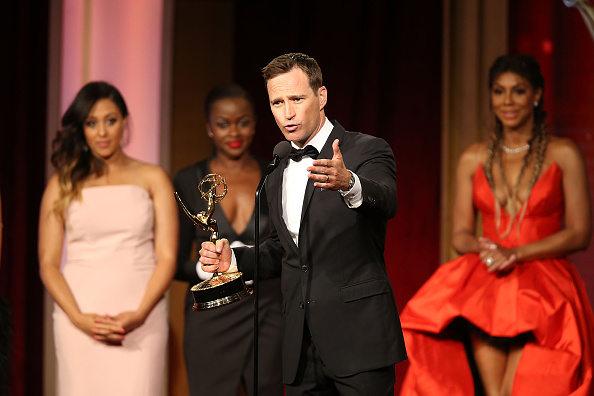 I saw someone in our comments section suggest that Mike Richards might be the ideal choice for producers of Jeopardy! because he is such a nonentity, and therefore would not distract from the game itself, which should remain the star of the show. There might be something to that, and I do think that Alex Trebek was an ideal host in that way. He never made it about himself, so much so that when he would occasionally break character with a wisecrack, he could trend on Twitter for half a day because it was so unusual. Over the last two decades of his Jeopardy! stint, he didn’t host other game shows, and when he occasionally stepped out of his lane (remember that Pennsylvania Governor’s debate he moderated), it didn’t go well for him. He also didn’t make a lot of waves publicly. He was the Jeopardy! guy!

LeVar Burton, Anderson Cooper, Mayim Bialik, Aaron Rodgers et. al, would probably never be thought of as the “Jeopardy! person,” because they’re so closely connected to their other gigs, although there might be better choices than Richards for that category of host, too. Ken Jennings is already the Jeopardy! guy (although, he managed to stick his foot in his mouth a few too many times during his run-up to his guest-hosting stint), and I guess Buzzy Cohen might fit into that category, too, but he may have too much personality.

That leaves Mike Richards, who is experienced and serviceable in a position where the producers may only be looking for experienced and serviceable. He’s also not a public person — about the only things I could find out about him were that he has a wife and two sons, and he loves game shows, and he has a huge car collection thanks in part to his father-in-law, who is a car dealer. But he also has some baggage in a couple of lawsuits filed against the Price is Right while he was a producer there. There was a sexual harassment lawsuit filed against him by a Price is Right model that was settled, and that Richards was ultimately dismissed from. There was also a pregnancy discrimination lawsuit filed against the show by a Price is Right model, although a judge ultimately sided with the show (and that case was eventually settled). Richards wasn’t sued personally in that suit, although he was named in it.

Mike Richards wants us to know that those lawsuits do not “reflect who I am,” as he stated in an email sent to staff, which was released to the media. He also said that while he was running the selection process for the next host, he apparently doesn’t have the power to choose himself, so it is not a Dick Cheney situation (uh, Dick Cheney didn’t technically have the power to choose himself, either — that was ultimately Bush’s decision, but whatever).

As for the pregnancy discrimination lawsuit, Richards addressed it like any good robot might. “During my tenure, our female cast members welcomed seven beautiful children,” Richards continued. “We embraced and celebrated each pregnancy and birth both in front of and behind the camera. It was a joy to watch their families grow and highlight their happiness as part of the show.” Did an AI program that statement? Was it selected by an algorithm? During long business trips away, does he call his wife and say, “I can’t wait to come home and embrace you”?

To be fair, I have watched a few interviews with him now, and that might just be how he speaks. He does not crackle with personality. Here’s the entire email:

As he states in the email, Richards is being considered as host of Joepardy!, but he insists that others are also in contention, as well. And he should know since he is running the selection process.