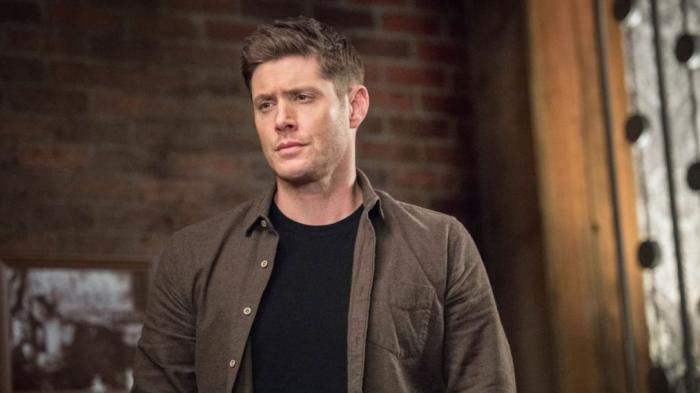 The Winchesters Schedule Their Send Off, and Jensen Ackles Makes Plans for Afterward

Seventeen days ago, I’d never seen an episode of Supernatural in my life, and my only familiarity with Jared Padaleciki and Jensen Ackles was that amazing My Bloody Valentine remake, and the former’s work on Gilmore Girls (Dean sucked). Three weeks into our month-long excursion into Supernatural on the Podjiba podcast, and Tori has converted me into legit fan, voluntarily watching episodes while making dinner (Supernatural may, in fact, be the perfect show to watch while making dinner).

I will not be able to watch all 15 seasons by the time the final run of episodes premieres (nor will I even try, because Good God!), but The CW has officially scheduled a premiere date. The final seven episodes will roll out beginning on Thursday, October 8th and conclude on November 19th.

Meanwhile, in related news, Jensen Ackles — the superior Winchester Brother — has also signed into season three of The Boys as Soldier Boy aka the original superhero. The showrunner of The Boys is Eric Kripke, who created Supernatural and ran it for its first five seasons. “When I was a child, I had a crazy, impossible dream —- to provide Jensen Ackles with gainful employment,” said Kripke in a statement. “I’m happy to say that dream has come true. Jensen is an amazing actor, an even better person, smells like warm chocolate chip cookies, and I consider him a brother. As Soldier Boy, the very first superhero, he’ll bring so much humor, pathos, and danger to the role. I can’t wait to be on set with him again, and bring a bit of ‘Supernatural’ to ‘The Boys.’” Ackles also made the announcement on Instagram.

I keep wondering what I’ll do….when @cw_supernatural finally ends this year. Then it hit me. *volume ⬆️

Another Supernatural alum, Jeffrey Dean Morgan, has also discussed appearing in season three of The Boys, but his availability will depend upon the pandemic and the shooting schedule for The Walking Dead, which is supposed to resume production in Georgia in October. Season two of The Boys, meanwhile, will premiere on the first weekend of September. Meanwhile, the Podjiba podcast will continue discussing Supernatural for three more weeks.

← Ben Shapiro Gets 'Joker' Trending On Twitter, But Let's Talk About Trixie and Katya's Return | Elizabeth Debicki as Princess Di Is Genius Casting →