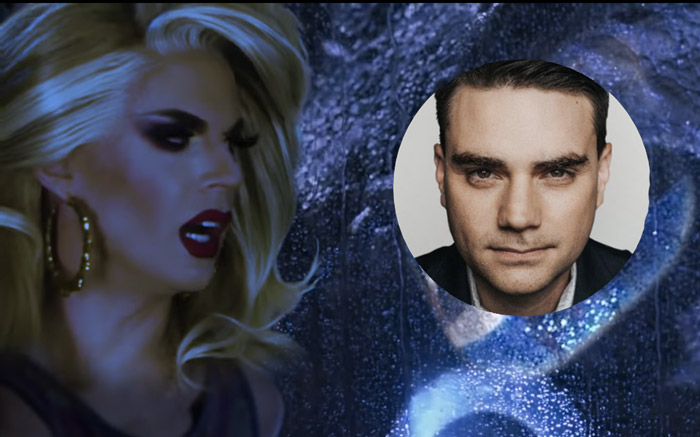 Monday afternoon “Joker” was trending on Twitter. If you clicked to find out why, you’d find a flood of DC fans proclaiming their love of their preferred Clown Prince of Crime. There were plenty of gifs, memes, and photos featuring Jared Leto from Suicide Squad, Heath Ledger from The Dark Knight, and Jack Nicholson from Batman. (Not enough love was showed for animated Mister Js, like the superbly twisted one voiced by Alan Tudyk on Harley Quinn.) Yet for all this Batman based tweets, the source of this trend seemed to start with another famous Trump fan squawking allusionary hate on Kamala Harris.

This time it wasn’t Jenna Ellis with her wonky Simpsons’ reference. It was Daily Wire’s Ben Shapiro comparing Joe Biden’s running mate to the Joker.

Shouldn't it be a bigger story that Harris is an unbelievably open liar? She implied Biden was a racist who wanted to prevent her from going to an integrated school…and now requires no justification to reverse herself? And the Joker laugh is supposed to cover for it? https://t.co/bBwrAY6wXd

Specifically, he and The National Pulse’s Raheem Kassam are criticizing Harris for how she laid into Biden in the debates and then decide to be his running mate. Weird. It’s almost as if—despite their differences—the two are part of the same political party and so might want to team up to take down Trump. Despite the fact the clip was cut short, Conservative Twitter cheered the supposed confessed flip-flopping of Harris.

Here’s the full clip, which is two months old.

In it, Harris said she’d be happy to be considered for Biden’s VP, because “I’d be honored if asked. And I’m honored to be a part of the conversation. But honestly, let me just tell you something: I will do everything in my power wherever I am to help Joe Biden win…I truly believe this is the most important election in our lifetime.”

As for the excerpt that conservatives find so damning (scroll to 2:07), Harris explains the debates are intended to highlight the “differences in opinions” between candidates. That is literally their purpose. “I am one thousand percent supportive of Joe Biden,” she said—again—TWO MONTHS AGO. “And I again will do everything I can to make sure he is elected.”

This failure of Conservative media to actually engage with her response or the ideological differences between Democratic contenders is not news. It’s tedious and annoying, so let’s change gears. If old video is getting fresh life on Twitter because some clown used the word “Joker,” can’t it at least be clowns whose goal is to be ridiculous. That they’re fabulous is just a bonus.

RuPaul’s Drag Race all-stars Trixie Mattel and Katya are back with a new episode of their addictive and outrageous web series UNHhhh. And hey, wouldn’t you know it, they talked about Joker! The broader topic is movies. And they’re here to answer your burning questions. For instance: will watching Todd Phillips’ polarizing super-villain flick turn a gay queen into a straight, Trump-stumping neckbeard?

Also featured are Trixie and Katya’s thoughts on It, Wayne’s World, Jurassic Park, Hanging Up, Under The Tuscan Sun, Sliding Doors, and Moving Parts. Enjoy!

← 5 Shows After Dark: 'Democratic National Convention' on ABC and NBC, 'I May Destroy You' on HBO | Jensen Ackles Signs on to 'The Boys'; 'Supernatural' Final Run Gets a Release Date →