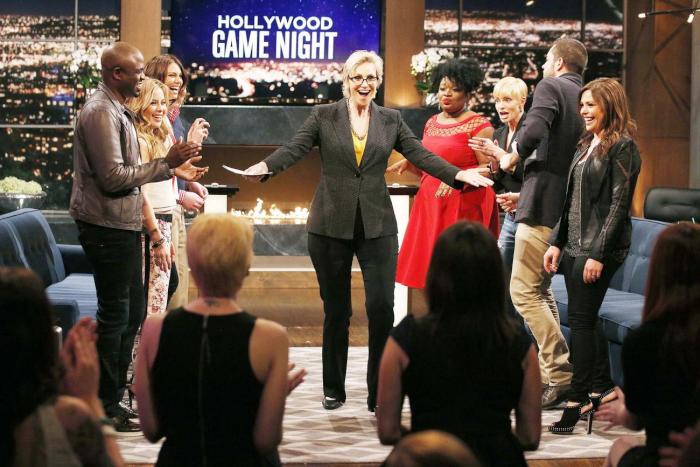 Jane Lynch appeared on Conan last night, the only late-night talk show apparently airing this week, and over the course of their conversation, they covered the topic of the game she currently hosts, Hollywood Game Night. The game show features familiar celebrities playing pop-culture games. Apparently, there is also a lot of drinking involved, or rather, there used to be a lot of drinking involved.

As Lynch tells it, they had to back off on the bottomless wine glasses because celebrity contestants often had a tendency to hit it a little too hard. In fact, she tells the story of an unnamed female celebrity who got so drunk that when she lost a point for her non-celebrity partner, she felt so bad that she fell into the fetal position on the floor and began to weep. Meanwhile, another drunken celebrity complained openly and loudly to the studio audience about how difficult it is to find a nanny.

I have no idea the identity of the celebrities she’s talking about, and there have been nearly sixty episodes now, so it’s difficult to narrow it down (we know it’s neither Cate Blanchett nor Barbara Walters — guesses of Conan and Andy Richter respectively — because neither have ever been on the show). We know it’s a female celebrity. We know it’s someone who has big feelings and a person who is both competitive and big-hearted enough to feel guilty about her non-celebrity partner losing. It’s also someone who likes to drink and is comfortable enough in an environment like this to share her feelings publicly. I’m also guessing that it’s someone who has been on only once, because after editing around her weeping, Hollywood Game Night may not have been keen to invite her back.

Who might that describe? I have no idea! I couldn’t even begin to guess, but I am gonna just leave this unrelated picture from Hollywood Game Night right here. 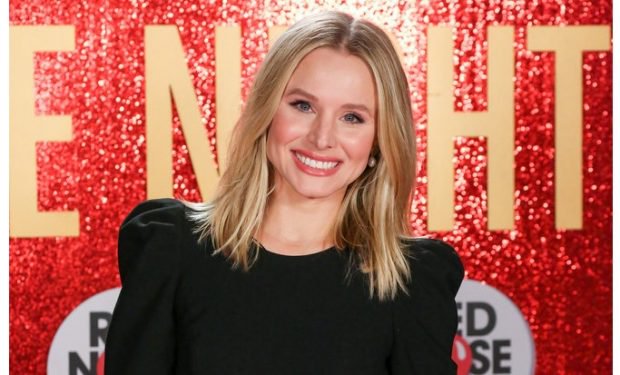 (Honestly, though: If it was Kristen Bell, Dax Shepard would’ve outed her on his podcast a long time ago, therefore it has to have been Monica Potter, or Mena Suvari, or Rose Byrne or Minnie Driver or Julie Bowen or Jamie-Lynn Sigler or Jenna Fischer or … you know what? I have no idea.)