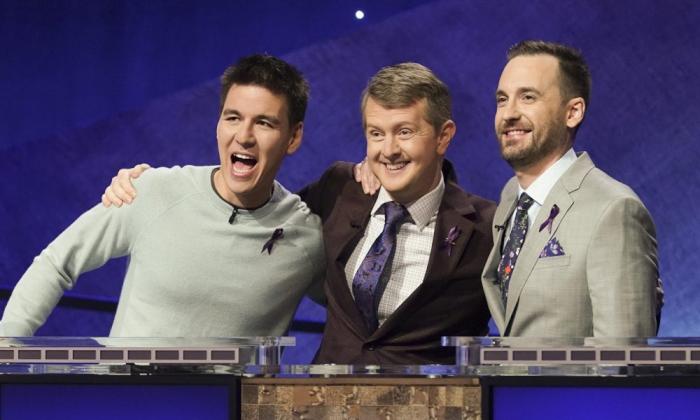 James Holzhauer, Ken Jennings on the Disappointing Decision to Choose Mike Richards as Host of 'Jeopardy'

Now that we’ve had a day to digest the news that Mike Richards has been named the new permanent host of Jeopardy! (and Mayim Bialik will host primetime specials and spin-offs), how are we feeling?

Even James Holzhauer weighed in with a good take:

Ken Jennings, who has the longest winning streak in Jeopardy! history and was the early frontrunner to take over as host of the game show, also chimed in, joking about why he wasn’t chosen while also expressing relief that the process is finally over.

BUT I'm relieved that the guest-host carousel ride is over and excited to start work on the new season. Still my favorite show.

It will be interesting to see if all of this eventually becomes background noise as Richards takes over. I suspect it will be a long time before that is the case — if ever — but there is reason to believe that the contestants will once again become the real story, and that may come sooner than we think. If not for this disaster of a process, Matt Amodio would be the biggest story on Jeopardy! right now. The current champ has milked a 15-game winning streak for over half a million dollars, and the guy is crushing his opponents, so much so that Final Jeopardy itself is usually an afterthought. (He’s also ruffled some feathers by answering every question in the form of “What is …?”, an annoying but strategically sounds hack.)

The existing season ends tomorrow, and the next season — the show’s 38th — will begin on September 13th. Probably the best thing that could happen for Richards is to have Matt Amodio continue his streak into the next season and shift the focus back to the contestants. Then again, Amodio’s streak may only end up bringing more attention to the show and ultimately more disappointment that one of the game’s all-time great contestants has to continue his streak under the shadow of a pud. Then again, after a week of Joe Buck, even Mike Richards might be seen as a welcome relief. Maybe that was the plan all along.

← Arnold Schwarzengger Goes Off on Anti-Vaxxers: 'You're a Schmuck' | Trailer Watch: Nic Cage's Wild 'Prisoners Of The Ghostland' →