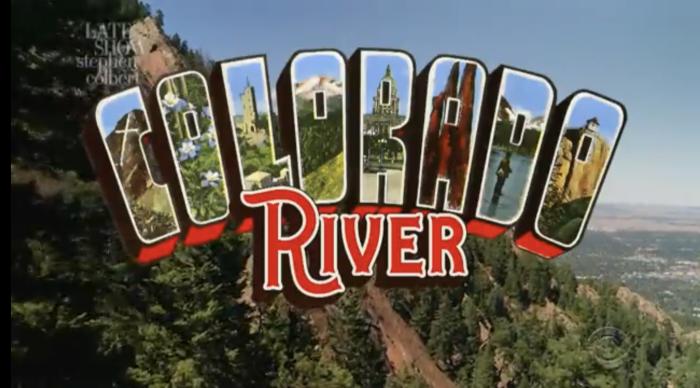 It’s The Best Time To Visit The Colorado River

Everything is fine! You shouldn’t be scared that the Colorado River reported its first-ever water shortage. What even is climate change? Things are so normal, you should visit the Colorado River as soon as you can! Don’t believe me? Ask the folks at The Late Show with Stephen Colbert!

The Colbert Crew has put together an enticing travel video for those wanting to visit the Colorado River. No water? No problem! There are plenty of ways to enjoy yourself while the world crumbles around you. You’ll ski on coarse, dry grass while Arizona wonders where it will get its water from. Want to go kayaking? Hills of dirt and sand are just waiting for you to slide on. Just watch out for the sandworms! The wonderful, gracious, all-powerful sandworms.

You may ask, “Shouldn’t I be concerned about the slow death of planet Earth?” To that, I say shut up! The Earth isn’t dying; it’s just being reclaimed by the sandworms I mentioned before. They want you to relax and enjoy yourself. That way you’re more comfortable with your eventual enslavement to their hibernating Queen. Nothing says “All hail the mighty Worm Queen” like ignoring the Earth’s steady, environmental decline. “Is there time to stop the sandworms?” you ask. Don’t you get it?! They’ve already won!

Visit Colorado! Ski on the grass. Kayak through the sand. Marvel at the sinking water levels. But make sure to stop at the gift shop and pick up a Scout Worm to ensure the message of the Mighty Queen spreads far and wide to all her soon-to-be subjects. Everything is normal! Long live the Worm Queen!

← Joshua Jackson (RIP) Belongs in the Keanu Reeves and Brendan Fraser Club | How Does the 'Official 'Ted Lasso' Biscuit Recipe' Stack Up? →