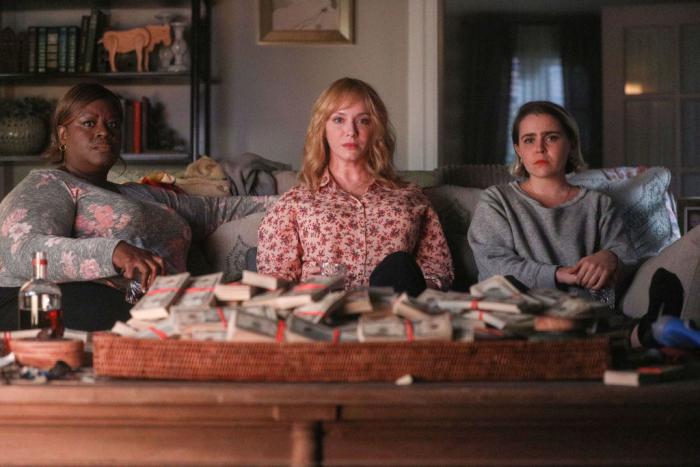 NBC’s The Good Girls, which returned for its third season on Sunday night, premiered two years ago as a sort of lightweight alternative to Breaking Bad featuring an insanely likable cast (Mae Whitman, Retta, Christina Hendricks) and a villain after whom the audience could thirst (Manny Montana’s Rio). After the second season finale and the third season premiere, however, it’s feeling a lot less “lightweight” than it once did. On a show in which a rapist has been murdered, a husband has been shot, and a drug kingpin has been left for dead, the stakes nevertheless suddenly feel much higher now while the show has taken a darker turn.

Recall, for those of you who still watch Good Girls, that season two finale essentially ended with Beth, holding a gun, and being told by Rio (Montana) to kill FBI Agent Jim Turner (James Lesure). Beth couldn’t do it, so instead she shot Rio three times and left him for dead. As we discover in the season three premiere, however, Agent Turner did not leave Rio for dead. He saved his life, put him in a safe house, and decided to use Rio as an informant.

More on that in a bit.

In the meantime, Beth, Ruby, and Annie have essentially reset. They’re no longer under suspicion for money laundering and murder, but they’re also poor. Beth is four months behind on the mortgage and Dean (Matthew Lillard) can’t sell enough spas to make up the difference. After losing his job as a cop last year, Ruby’s husband, Stan, is now working security overnight at a strip club, and Ruby still can’t afford the medication she needs for her daughter’s transplant. Meanwhile, Annie — who has romantically extricated herself from both her ex-husband and the FBI agent — needs money to help her trans son (Isaiah Stannard) transition.

Back at square one, they basically decide to get back into the counterfeiting game. Beth is working at a greeting card store, so she recruits her co-worker, Lucy (Charlyne Yi), to design the money, but once they perfect it and start thinking about using it, Agent Turner re-enters to let everyone know that he still has an eye on them all. They decide to burn the money, instead. Meanwhile, Beth — who still thinks that Rio is dead — tries to exorcise some of her guilt by befriending Rio’s wife, Rhea (Jackie Cruz, aka Flacka from Orange is the New Black). Beth gives Rhea some old soccer equipment for her son, and they become friends, and by the end of the episode, Rhea is offering Beth money to help keep her afloat financially. Beth reluctantly accepts.

And then, Good Girls drops the hammer. Rio has been informing for the FBI, and he lets Agent Turner know about a big operation going down. In exchange, Turner — who I believe has been using Rio off-the-books — lets Rio go. However, when Turner and several other FBI agents show up to execute a sting operation where Rio told them to go, they find that the warehouse is empty. When they go back out to their cars, they’re all shot to death by an unknown assailant, presumably connected to Rio. 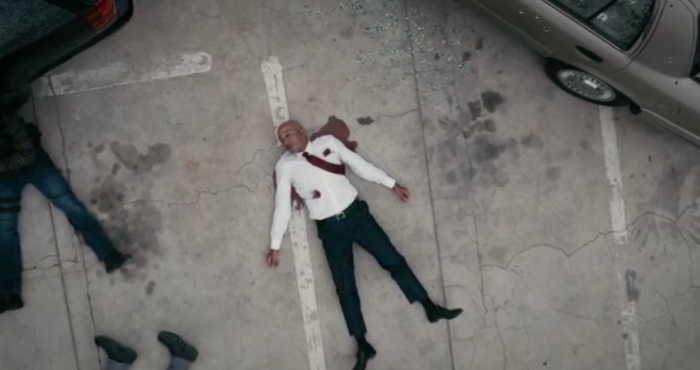 And yes: Agent Turner is dead (James Lesure, in fact, has been signed on to star opposite Katey Sagal in Rebel, a drama inspired by the real-life Erin Brockovich). With Turner dead, there’s no one to protect Beth and the others from Rio, who will obviously be seeking revenge after Beth tried to murder him. The only thing saving Beth, presumably, is her new friendship with Rio’s wife and son.

I’m not sure how this will ultimately play out this season, but it seems clear that Rio once again has the upper hand. Good Girls, meanwhile, seems to have really blossomed into a very good drama.