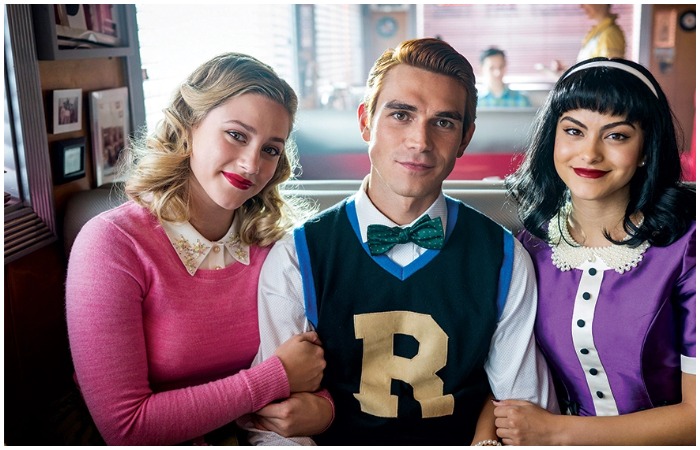 In Its 7th and Final Season, 'Riverdale' Will Finally End. In Space

The CW announced today that the CW Network, which has been doing a lot of reconfiguring ahead of a potential sale, has decided to end its long-running series, Riverdale, a show that has become almost eponymous with the network. The President of the CW, Mark Pedowitz, acknowledged that “seven years is the right amount.”

“I am a big believer of giving series that have had a long run an appropriate send-off. We had a long conversation with Roberto [Aguirre-Sacasa] yesterday and he is thrilled with the decision,” Pedowitz said. “We are going to treat the show in the manner it deserves. It’s been an iconic pop culture star and we want to make sure that it goes out the right way.”

The current sixth season of the series, which has been waning in the ratings, has introduced the multiverse in a six-episode run centered on “Rivervale,” followed by another run in which the main characters all have superpowers. In last week’s episode, all the major characters turned into serial killers and murdered the entire population in a theoretical future Riverdale after the season’s big bad, Percival Perkins, levied exorbitant library fines against them.

How does a show that has seemingly tackled every other genre go out on its own terms? “Space,” showrunner Roberto Aguirre-Sacasa said. “The final frontier.”

Indeed, plans for the final season include setting up a Riverdale colony on Mars, franchising Pop’s Diner across the universe, and incorporating an alien into the Jughead, Archie, Betty, and Veronica love quadrangle. “It seems fitting for a show with out-of-this-world storylines over the last six seasons to literally end in outer space,” Aguirre-Sacasa said. “We’ve paid homage to nearly every other genre since our premiere. We’re excited to riff on some of our favorite space movies like Star Wars, 2001, Gravity, Alien and, of course, Moonfall. We can’t wait to show you what we have in store.”

Fans of Riverdale, however, will have to wait a while to watch Archie and Betty make out in zero gravity. The final season won’t debut until midseason, in 2023.


← Which Harrison Ford is the Best Harrison Ford? | 'Ten Percent,' the British Take on 'Call My Agent' Is So Faithful to The Original That It Offers Nothing New →