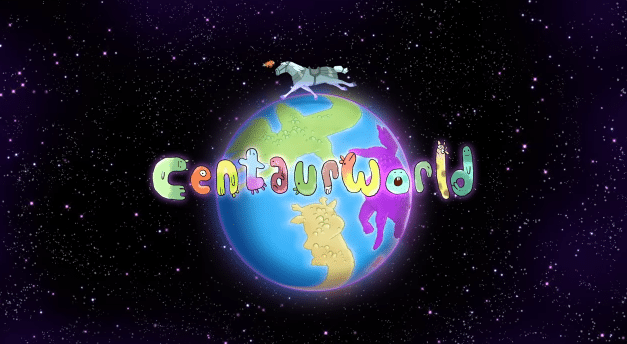 If You Give A Horse Some Blotter Acid

Per the press release, the story follows a “war horse who is transported from her embattled world to a strange land inhabited by silly, singing centaurs of all species, shapes, and sizes. Desperate to return home, she befriends a group of these magical creatures and embarks on a journey that will test her more than any battle she’s ever faced before.” 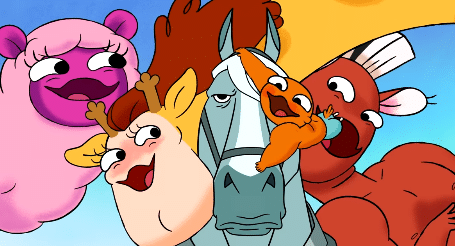 It feels a little like Infinity Train, looks a little like Pinky Malinky, and sounds a smidgy-bit like Captain Underpants in its epic, awesome musicalness. Digging into the production information, OF COURSE Megan Nicole Dong is known for her work as an artist on How To Train Your Dragon 2, Pinky Malinky, and Captain Underpants: The First Epic Movie. IT ALL MAKES SENSE!

During Netflix’s Kids and Family Sneak Peek at The Annecy International Animation Film Festival, Dong said she hopes viewers “experience just the joy of” Centaurworld, and that sounds pretty good right about now. I’m down for some joy. How about you? 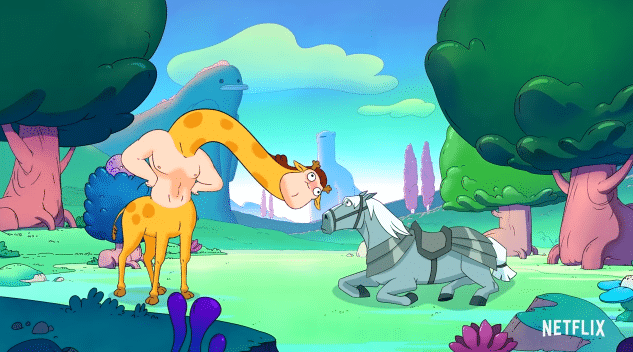 ← 5 Shows After Dark: 'The Republic of Sarah' Premiere The CW, 'Housebroken' on Fox | Chrissy Teigen Wrote Another Apology for Her 'Horrible Tweets' →