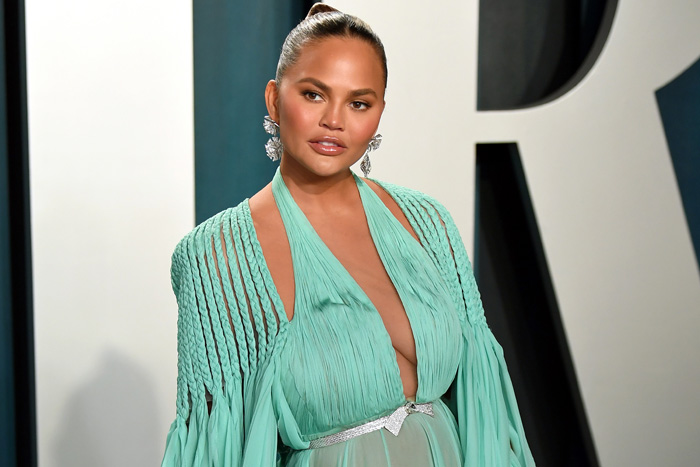 Chrissy Teigen Wrote Another Apology for Her 'Horrible Tweets'

After noticeably not denying that she told former child bride Courtney Stodden to kill themselves in the early 2010s, Chrissy Teigen has written a second apology in an attempt to make amends for her old “awful, awful” tweets. (Medium)

Sarah takes a “dive” — I am so truly, deepy sorry. — into the new pics from the set of Disney’s live-action The Little Mermaid. (Lainey Gossip)

Wasabi the Pekingese, the glory is yours.

From Kristy: Our own Ciara Wardlow is among the talented critics participating in Black Writers Week at Ebert Voices. (RogerEbert.com)

From Claude: An interesting thread about how our modern view of cave paintings may be affected by electric lighting. (Twitter)

From James: Kevin Hart is giving off that Tim Allen vibe. (EW)

From Dustin: The Rob Riggle divorce is getting ugly. (Fox News)

A “neoliberal” (such a pointless term) just won 80M votes

Owen Wilson already has his own Loki action figure, and I can’t tell, but it looks like they got the nose right. Take my money! (io9)

Of course Russia is propping up Capitol rioters, of course. (Daily Beast)

I really wish I didn’t learn the details of the LEGO Batman sequel that’s definitely not happening now — so I’m sharing them with you. Whee! (Collider)

Have you ever liked a book so much you would encourage others (or their libraries) to pay full price for it? Aquillia wants to be sure all the fantasy lovers hear about E.J. Beaton’s debut, The Councillor - great characters, plot, and world-building. "But the best part, for me, is that Lysande isn’t just a scholar in name…She uses it to inform her worldview and underline her political stratagems." (Cannonball Read 13)

the guy in the middle makes it look like the guy in the back is transforming into The Rock like an animorphs cover pic.twitter.com/ek3v5G9iLS

← If You Give A Horse Some Blotter Acid | Gutless, Idiotic NBC Cancels 'Manifest' After Three Seasons: A Rant →