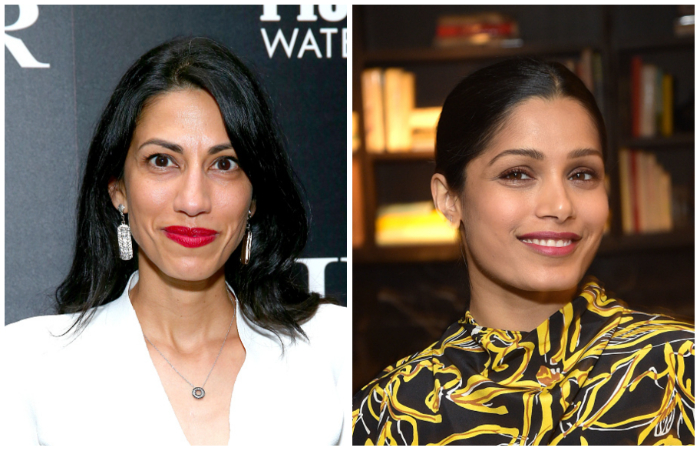 Huma Abedin Is Having a Week

I’ve always had a deep fascination for Huma Abedin, who was the kind of loyal aide to Hillary Clinton that Donald Trump only wishes he could have had. She did not leak, she was a genuine friend to Clinton, and she stood by her from the time she was hired as a Hillary intern in 1996 until Clinton’s failed Presidential campaign in 2016 (in fact, Abedin is still Hillary’s chief of staff).

That’s why she must have felt horrible that her ex-husband played a role in Clinton’s loss. Would Clinton have won if FBI Director James Comey hadn’t seized Anthony Weiner’s laptop, which contained emails that Abedin had sent to Hillary that Comey said he was “investigating” 9 days before the election? Who knows? It was a disastrous, terribly handled unfortunate confluence of events and possibly the reason why Donald Trump was able to nominate three judges to the Supreme Court. Thanks, Comey.

It’s certainly not Abedin’s fault that her husband was also a creeper sex offender who could have probably still been mayor of NYC even after his first sex scandal if he’d managed to keep it in his pants. But Abedin — who was pilloried by false Republican rumors almost as much as Hillary — spent her life in politics overshadowed by both her boss and her now ex-husband.

Now she’s reportedly dating Bradley Cooper — a set-up by Anna Wintour — which is honestly great for both of them. Abedin gets to date a handsome movie star with no real known skeletons in his closet or a sex offender past, and Cooper, well, he gets to date an accomplished, interesting person his own age. Plus, built-in playdates for their kids!

Not only is Abedin reportedly dating Cooper, but she is also developing her bestselling memoir Both/And, A Life in Many Worlds, into a television series that will star Freida Pinto. While I couldn’t bring myself to read the memoir, I could definitely get behind a television series about Abedin’s life in the White House, as Clinton’s Senate aide, and as basically Clinton’s loyal assistant and best friend through the 2016 presidential campaign.

For what it’s worth, Gawker is also reporting that Abedin is renting her Hampton’s home for $35,000 a month, suggesting that maybe she’s moving in with Cooper or that her relationship with Cooper has been arranged in order to fetch a potential renter. Gawker gonna Gawker.

← Pete Davidson Is Ready To Have a Baby | Explaining Herschel Walker's Influencer Son, Christian Walker, to Millennials and Gen X'ers →