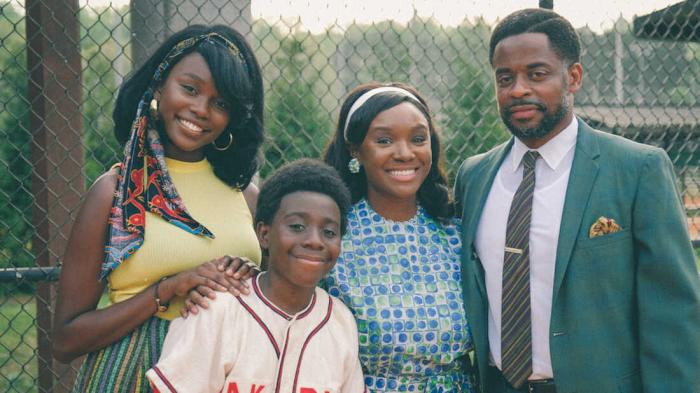 Growing up, The Wonder Years was my favorite show. Fred Savage and I were around the same age, and I experienced my teen years along with Kevin Arnold. Outside of the Six Feet Under finale, The Wonder Years finale remains the most emotionally bittersweet finale I have ever seen. Indeed, The Wonder Years did what so many of my favorite shows have done over the years — Scrubs, Friday Night Lights — which is to mix comedy and pathos, sweetness and sadness. This is how much The Wonder Years meant to me: I once wrote a The Wonder Years-inspired piece for my college newspaper that became the basis for a roughly five-year relationship, a callback that kept us together for much longer than we should have been.

The 2021 The Wonder Years, however, is a different series, based on a completely different experience, that of growing up Black in the late 1960s. Created by Saladin K. Patterson (Savage, who directed the pilot, also serves as a producer), this story centers on Dean Williams (Elisha Williams) who — like Savage’s Kevin Arnold — is experiencing his first crush, but he’s also transitioning to a new school: A desegregated one. The transition comes with its own host of issues, particularly because his best friend — like Kevin’s — is a nerdy Jewish kid, Brad (Julian Lerner), and so he experiences racism from white students while he’s also mocked for being “white” by Black students, a similar predicament to that of the protagonist in the ’80s set Mixed-ish, which The Wonder Years replaced this season on ABC’s schedule.

While Kevin’s father was a conservative factory worker, Dule Hill plays Dean’s father, a music professor whose motto is “Be cool.” He has some old-school beliefs as well; he thinks that Black people should support other Black people and interact with white people as little as possible, a belief that Dean and his relationship with Brad challenges. His mother, Lillian (Saycon Sengbloh), like Kevin’s mother, also plays mediator between Dean’s father and their kids.

Like Kevin, Dean also has a rebellious older sister, although here, Kim (Laura Kariuki) is less an anti-war hippy like Karen was in the original. Instead, she sympathizes with The Black Panthers, a fact she keeps hidden from her parents. Dean also has an older brother, unseen, who is serving in Vietnam.

The pilot of the original was set against the backdrop of the war, and in the ‘88 version, Kevin kisses his lifelong crush, Winnie Cooper, on a swing after a devastated Winnie learns that her brother was killed in action. I expected the 2021 The Wonder Years to unfold similarly, with news of the death of Dean’s brother, but it comes with a big twist. Instead of losing a family member, the pilot is set on the day that Martin Luther King, Jr. is assassinated, which the Williams family finds out about during Dean’s Little League game. It’s a gut punch. The family retreats into their home to watch television coverage.

In a subversion of the original The Wonder Years, however, Dean seeks out his special place — the playground of his old, segregated school — and finds his Winnie Cooper, Keisa Clemmons (Milan Ray) likewise on the swing. Unfortunately, he also finds his other best friend, Cory (Amari O’Neil), consoling and kissing her, compounding the loss of MLK with heartbreak and betrayal for Dean.

The pilot certainly keeps the comedy and pathos intact, as well as the overlong intrusions of the narrator, here voiced by Don Cheadle (rather than Daniel Stern), who would be speaking from the future where he’s around 66 years old, based on the timeline (Stern narrated as a thirty-something narrator in 1988). Notwithstanding the pervasive voiceovers, however, it’s a strong pilot that plays on our nostalgia for the original while offering a new and completely different perspective on the same era.


← 'The Eyes of Tammy Faye' and the Problem with the Current Pop Culture Rehabilitation Trend of History's Difficult Women | Review: Who Is Father Paul In Netflix's 'Midnight Mass' →