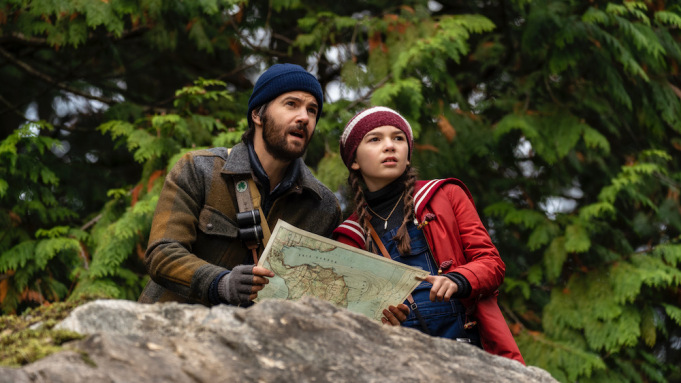 'Home Before Dark' Is the Undiscovered Gem of Apple TV+

For a streamer that’s only a year-and-a-half old, Apple TV+ has a remarkably robust slate of original programming from Ted Lasso to The Morning Show to Mythic Quest, For All Mankind, Dickinson, Defending Jacob, Stephen King’s Lisey’s Story, Little America, Servant, Mosquito Coast and the upcoming Physical and Schmigadoon. It feels like the early days of Netflix, when the streaming service was more selective in what is chose to program as it sought to cater to a particular demographic that preferred smarter comedies and sophisticated dramas.

One of the shows that feels like it has slipped through the cracks even as it embarks on its second season is Home Before Dark, a nifty family-friendly mystery inspired by Hilde Lysiak, who in 2016 became the youngest journalist ever to break a story about a local murder, scooping other news sources by several hours. (Last year, Kristy compared the real-life Hilde Lysiak with her fictional counterpart in Home Before Dark). The series, from Dana Fox and Dara Resnik, expands upon Lysiak’s breaking story and turns her (and her family) into characters investigating a present-day death as well as a 31-year-old murder.

In the series, Hilde is played by Brooklyn Princess, the wunderkind best known previously for her work in The Florida Project. She, like the real-life Hilde and the character, was nine years old when the first season of Home Before Dark was shot, and she nevertheless not only steals the series but carries the show as an intrepid child reporter who refuses to let go of a case. She and her family move from the city to her father’s small, lakeside hometown after her father loses his job as a journalist (I like to unofficially blame it on Facebook), and before long, Hilde is resurfacing an old case that divided their town.

Over three decades before, a young Sam Gillis (the always wonderful Michael Greyeyes) was convicted of murdering Richie Fife, the best friend of Hilde’s father, Matthew Lisko (Jim Sturgess). Before long, Hilde’s entire family is involved in the case. Matthew aids Hilde in her reporting; her mother, Bridget Jensen (Abby Miller) takes up Sam Gillis’ defense, and her grandfather — who is suffering from Alzheimer’s — provides the occasional clue extracted from his fading memory. Hilde’s sister, Izzy, meanwhile, has to contend with living in a small town she hates where her littler sister’s reporting is constantly interfering with her high-school life. There’s also a crooked cop, his doormat of a son, a deputy who is Hilde’s inside source, and Hilde’s principal, Kim (Justified’s Joelle Carter), who tries to be encouraging but has her limits.

To say much about the second season would, unfortunately, spoil the first season, because it is something of a continuation of the same case (not that the first season doesn’t provide a satisfactory conclusion). But it’s a fun show to watch, especially with (slightly older, middle-school-aged) kids, who might want a better, more entertaining, and coherent alternative to Nancy Drew or Riverdale. It’s not exactly an Amblin feel, but it’s in that ballpark — it’s a murder mystery, but it has a sense of wonder and a delightfully precocious kid that even adults can look up to. It may also be the last show on television that genuinely romanticizes journalism — Hilde knows All the President’s Men by heart — and understands that it’s about more than clicks. It’s about finding the truth.

The second season of Home Before Dark premiered last Friday on Apple TV+.