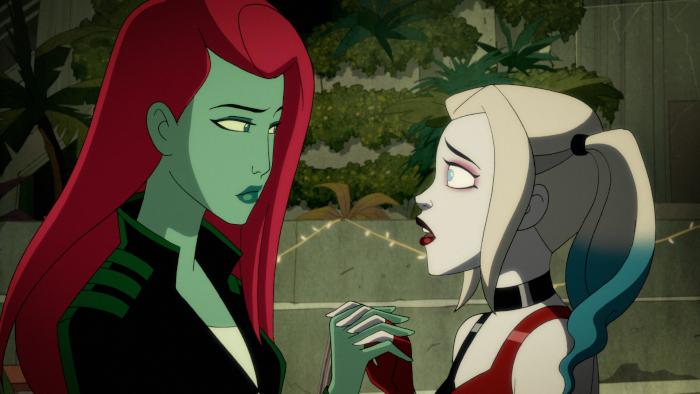 Harley Quinn was officially renewed for Season 3 and that news, exciting as it is, really made me sit down to think about what makes the animated show so compelling. Beyond its R-rated jokes, its wild plots, and its unique spin on familiar characters (King Shark and Jim Gordon among them), it took Harley Quinn divorcing herself from all things Joker and learning to love herself enough to not go back to a toxic relationship that really cemented the animated show as one to watch. Season 2 kicked off Harley’s journey toward self-discovery and finally gave us the Harley and Poison Ivy romance that fans have longed for and it made the series even more engaging to watch.

This is not to say that Season 1 was bad because it wasn’t. It established the titular character and realistically portrayed how difficult it was to get out of an abusive relationship and let someone go despite said person being an A-grade asshole who didn’t care about anyone but himself and only put Harley down. That said, while the series is called Harley Quinn, it was too often bogged down by Harley’s love for Joker and it took a long time before she was able to move on from him completely (to the detriment to the story sometimes). He was like a leech that even the audience couldn’t get rid of. If anything, Harley Quinn Season 2 is all about her figuring out what it is that SHE wants and a big part of that is learning how to trust others’ faith in her and herself, while also solidifying the kind of person (nay, villain) she wants to be on her own.

A big part of Harley’s journey towards self-love is helped along by Poison Ivy. The plant-loving character was one of the first people to help Harley understand that Joker did not care for her one bit. Harley was stubborn, of course, believing that the Joker would eventually realize that he loved and needed her as much as she did. Despite proving over and over again that he saw Harley as disposable, she kept convincing herself that he would come back for her. It was Ivy who proved her loyalty and support by sticking by Harley through her ups and downs, her Joker relapses, and her (often futile) attempts to be taken seriously by the Injustice League (run by Lex Luthor and includes a plethora of known villains like Bane and, yes, even Joker).

Once Harley finally gets over the Joker, it’s her friendship with Ivy that shows her what real love, loyalty, and support looks like. Ivy has a dry sense of humor, a big heart, and a lot of patience, but she and Harley don’t immediately transition from friends to lovers, which is good because the series knows what an organic slow-build romance looks like. Harley gets to breathe for a little bit before ever getting with Ivy and she slowly comes to conclusions about herself and her life on her own. She’s often a mess, which feels all too real. Meanwhile, Ivy starts dating Kite Man — a noble, corny, loyal, but somewhat bland superhero wannabe (his nemesis is the villainous Condiment King, who’s just as nonsensical as he is). Ivy is clearly way out of his league, but she seems to think he’s charming and dating him likely brings some normalcy to her life.

However, everything changes when Harley takes Ivy and some, uh, acquaintances (including Catwoman!) to Themyscira for her bachelorette party. Things are going well (or as well as can be when Themyscira has been taken over by Lex’s minions looking to capitalize on the location), but Harley and Ivy are shocked and flustered when they wake up next to each other. Harley and Ivy had sex and I’ve never whooped so hard for an animated couple! Things are awkward for a while because Ivy is still with Kite Man and now that she and Harley have slept together, their friendship is in jeopardy and they both can’t have that! The drama, the pining, the juicy entanglements!

Harley Quinn takes its time building up their romantic relationship and there are a lot of conversations about how this could impact them moving forward. On one hand, Harley has flaked on Ivy before and the latter is concerned that she won’t be there in the same, loyal way that she’s been there for Harley. And that’s understandable because Harley has had her moments, but she ultimately proves that she’s willing to try because Ivy is worth it. They make it work in the end and it’s lovely, beautiful, and everything any Harley and Ivy fan could have hoped for. Their blossoming relationship enhances the series in more ways than one and you’ll find yourself rooting for two people who truly love and bring out the best in each other.

Harley Quinn Seasons 1 and 2 are streaming on HBO Max. Season 3 is coming soonish.

← Bella Thorne's 'Girl', 'The Boy Behind The Door,' And 'The Stylist' Bring Stars And Scares To Fantastic Fest's First Half | Where Have We Seen the Cast of 'Ted Lasso'? →