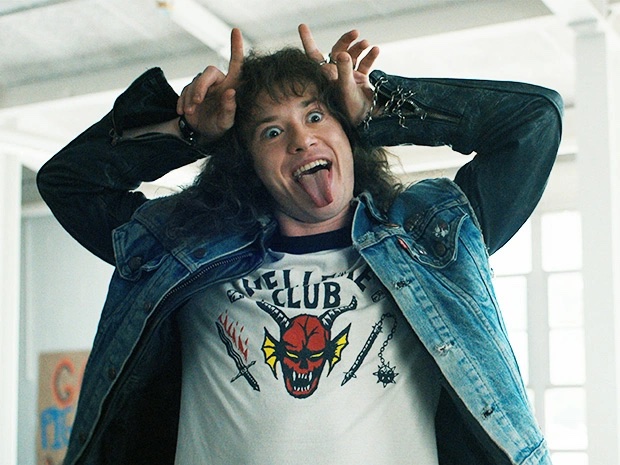 Gather 'Round For The 'Stranger Things' Finale, Brochachos

The Upside Down is a clonal grove. Everything is connected by a singular root. What happens to the creatures in Hopper’s Russian prison affects Vecna. What happens to Vecna affects the swarm of monster bats. If you step on one of those slimy vines covering the ground, every creepy-crawly is going to know about it. Attacks on The Upside Down must be coordinated not only across physical locations, but also planes of existence. And they must happen all at once or not at all. Just as an attack can go “our way” because all of these entities are connected, it can easily swing in their favor if any once piece of the Upside Down puzzle can rally. Because of this everything-all-at-once storytelling, the end of this season is exciting but chaotic to an almost dizzying degree. It makes it hard to talk about without spoiling the whole thing.

The two-chapter finale, a combined 235 minutes, of Stranger Things flies by in a non-stop whirlwind of plot points, attacks, and counterattacks. All of them are brutal and potentially deadly. Each scene drives the audience to anxiety over which, if any, of our favorite characters might find themselves at the end of their story this time. The flurry of activity is typical of the show’s previous seasons, the story arcs playing out in parallel, until the denouement when they all come crashing together. Our heroes, like The Upside Down, are also connected by a singular root. Protect the things, and the people, they love. 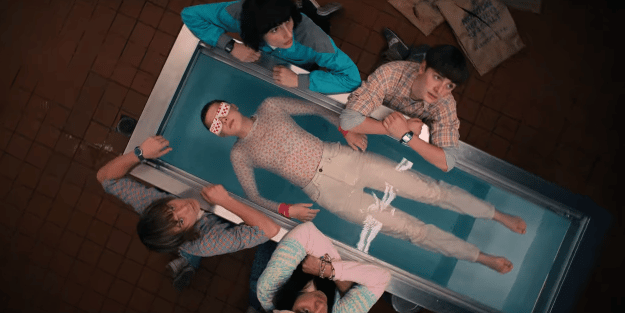 The good news is, we don’t have to riot. The bad news is The Duffer Brothers continue their streak of giving us unlikely heroes to fall in love with only to snatch them away in the most heart-wrenching ways. The Valhalla of Stranger Things is populated by those least likely to have a backbone. They surprise us every time.

This season’s stakes are on a grander scale than the last. It’s not just Eleven, or Hawkins, that’s in danger. Vecna threatens the entire world. On social media, people are complaining that it felt like a bait and switch. Every season The Gang From Hawkins saves the world, and at the end of every season we get a “but wait, there’s more” message to keep us tuned in for the next. It’s a lot like a video game that way. The end of each season has seen the defeat of a mini-boss. As The Gang levels up, the bosses get bigger. Vecna, who seemed to be the heart of The Upside Down, was merely a tourist who took advantage of its untapped power. Next season is the last, so The Big Bad will be The Biggest Bad they’ve ever faced. And we got a glimpse of that (again) just before the credits rolled.

There were some incredible performances this season. As dull as I found the whole Russian Prison plot, David Harbour and Tom Wlaschiha gave us some wonderful moments and delivered powerful monologues. The prison battle scenes almost made all of that time worth it. Almost.

Sadie Sink continues to be a powerhouse and one of the show’s MVPs. Max’s emotional journey and her relationship with Lucas (Caleb McLaughlin, who also gave us some incredibly raw, emotional moments) were central to the entire story and she did a great job carrying that weight.

Noah Schnapp’s Will Byers, a character mostly fridged in previous seasons, gave us a lot to chew on even as he was trapped in a bad haircut and a mostly unnecessary desert adventure for a large part of the season. I don’t know if this should be considered a spoiler but Will is gay. He is gay and in love with his best friend. He is suffering the way a lot of gay people did in the ’80s — in secret. A controversial take? Not really. The subtext of his scenes with Mike is close to the surface in this season’s episodes. It’s hard to watch, but also allows for Will and Jonathan (Charlie Heaton) to have a nice brother bonding moment.

Joseph Quinn was this season’s newbie. Eddie Munson, the metalhead with a heart and big, soulful eyes. He did a fantastic job being the focus of the townspeople’s ire while a battle with the unseen forces of The Upside Down waged around them (again.)

Of course, there was the soundtrack. Once again, The Duffers have captured the essence of a particular year through its music. Beyond Kate Bush, they also used The Cramps, Journey, and Metallica’s “Master Of Puppets” to great effect.

This season’s ending didn’t leave much room for a significant time jump. I’m worried about how the real-world passing of time and the aging of the youngest cast members are going to be handled. They haven’t begun filming it yet and the anticipated release date isn’t until 2024. These kids are aging out of these roles as quickly as the audience is growing tired of them. While I don’t feel like The Duffers let us down with this season, they’re not off the hook yet.

While we wait, most of the cast has upcoming projects that Discussing Film rounded up here.

All nine episodes of Stranger Things 4 are now streaming on Netflix.


← An Independence Day Message to All My Straight White Male Friends Out There! | Want To Be Even Angrier About the Self-Delusional Rich? Watch 'The Anarchists' →