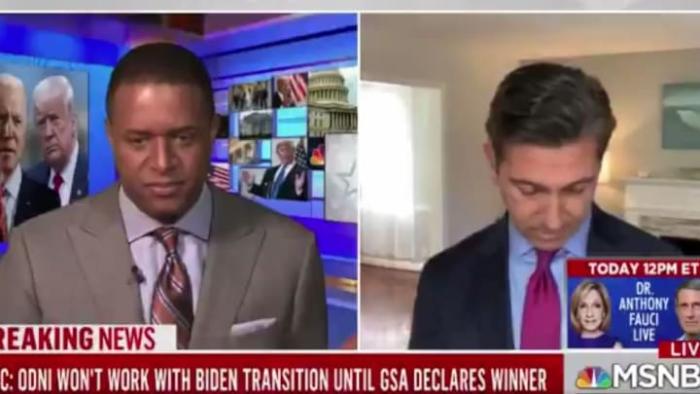 FYI: This is Why the NBC News Correspondent Cursed On a Hot-Mic

Twenty-one million across all networks watched the declaration of President-elect Biden on Saturday morning, which is an astronomically high number of viewers for that time of day on Saturday. I would wager, however, that it’s only a fraction of the number of people who have seen, in some form, NBC News correspondent Ken Dilanian yesterday on MSNBC saying, “Oh shit. F*ck!” on a hot mic while looking down at his phone.

Up until recent days, that was the reaction I have had to nearly every NYTimes alert on my phone for the last four years. A lot of folks speculated as to what Ken Dilanian had seen on his phone to elicit that response, but alas, the truth is much less interesting than the fictions we created in our minds.

So sorry for the profanity I used on air last hour. I was experiencing some technical difficulties and mistakenly hung up on the control room, though my mic still was on. Perils of playing producer, cameraman and tech support all at the same time from home. #2020 🙃

That makes sense. Also, I can sympathize: A couple of days ago, I was being an obnoxious father to my son and pulled that Dumb and Dumber, “You want to hear the most annoying sound in the world?” gag on my kid, and after about ten seconds of me screeching, he says “Dad. I’m on a Zoom with my Spanish class. My teacher heard that whole thing.”