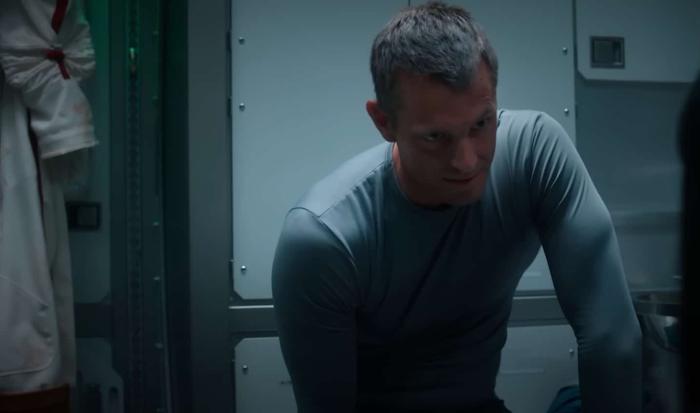 'For All Mankind' Tackles the Myth of the Great Man

In the world of For All Mankind we’re now 25 years beyond the moon landing, and we’re starting to see what life looks like for our original band of heroes. Some of them are clearly on the decline, some are coasting, and some continue to rise but no one seems genuinely happy with their situation wherever they are. The years are wearing on everyone, but none more so than Joel Kinnaman’s Ed Baldwin.

(Spoiler for the first four episodes of the third season of For All Mankind.)

Ed Baldwin in the timeline of the show is in his mid-60s. (Pay no attention to the fact that Joel Kinnaman looks exactly 42 years old and like he’s still on the Suicide Squad workout program, some “hint of gray” hair styling and sweater vests are not hiding that barrel chest. But, whatever, he’s in his mid-60s as is the amazingly unlined Karen Baldwin (Shantal VanSanten), his ex-wife.) He’s reached the age where he does not FEEL older, but the years are clearly wearing on him. He has some condition that leads to him injecting himself in his own butt in the two episodes, he’s not able to be the big damn hero who saves the day at the seemingly doomed space hotel, and the Astronaut Selection Committee passes him over for the big Mars mission that’s going to take multiple years. Because, like, obviously? He’s in his mid-60s! Even if he is the picture of health at the time he’s selected, he’s reaching the age when someone’s physical or mental status can start to degenerate rapidly. Not everyone, but if you’re playing the averages (and NASA always is) then he’s a bad bet. Ed is not taking it well.

In a moment of weakness (and drunkenness), he confesses to Karen that he thinks about when he considered becoming a civil engineer, and building bridges or dams “something that lasts.” Ed is considering his legacy and apparently, his legacy of leading the Jamestown base with no relief for months is not enough. But, frankly, going to Mars probably won’t be enough either. Ed wants to believe that challenges and accolades are enough to satisfy that drive inside him that wants to be a great man, that Mars will fix the fact that he is mortal and he is in decline. But it won’t because the fact of the matter is that there is nothing external that will ever fix the fact that all of us who are adults are walking around in rapidly decaying meat sacks that we come face to face with every moment of every day, no matter how often our brains tell us we’re still a spry 23. No matter how much of our inner selves we try to set aside to make that not true, reality will catch up with us one way or another. However, Ed seems to have fixated on Danny Stevens as his chance to be the great man again, at least vicariously. Danny’s behavior would be concerning on its own, but the fact that Ed was up close and personal to Gordo Stevens’s rapidly declining mental health and still isn’t making the connection here is just proof of his own inability to confront the vulnerabilities of people he loves.

Now Ed is trapped on a mission to Mars with Danny, still injecting himself regularly, and I’m getting worried about when Danny decides that he can go toe to toe with Ed instead of backing down when the older man takes him aside. Or when Ed is sidelined for some reason, health or otherwise, and it’s up to Danny to take control of the Helios mission. When Ed reached his breaking point alone on the moon, he took a cosmonaut hostage at Jamestown. Will Danny end up holding the Mars mission hostage in a similar way? Only time will tell.