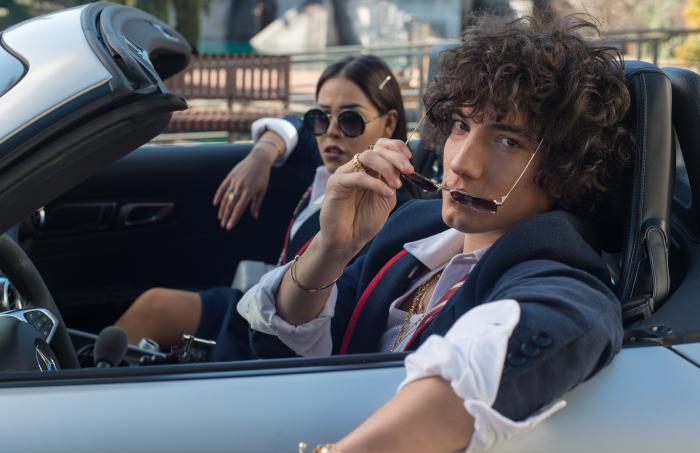 Finally! Netflix Reveals Premiere Dates for Season 3 of 'On My Block' and 'Elite'

At long last, Netflix has finally announced the Season 3 premiere dates for On My Block and Elite and for fans of both, there’s good news. The series are both premiering within a few days of each other in March.

Up first is Season 3 of On My Block, which is scheduled to debut on Netflix Wednesday, March 11. Season 2 ended on a major cliffhanger that saw Monse, Ruby, Jamal, and Cesar being kidnapped and taken in a shady-looking truck with no one the wiser.

The spirited teens have had it rough for the last two seasons, with one of the group having died at the end of Season 1 and another being turned away from his family because he couldn’t shoot someone. Kidnapping is just another thing to add to the list at this point.

Fear not, though, because the mystery of who kidnapped them might be solved fairly quickly. Hint: It doesn’t seem to be either of the gangs in Freeridge, but an extremely wealthy woman with hired guns. The reasons for why this woman has taken them hostage remains a mystery, but the teaser hints that she’s not to be messed with. Watch it below!

Can’t get enough of teen drama? That’s good because Netflix thought to gift us with Season 3 of Elite in the same week. Binging has never been more beautiful. The streaming service dropped a brief teaser for Season 3 of the Spanish-language (and ridiculously addictive) drama.

Elite is still sexy, there are a lot of smoldering looks, and the promise that there’s even more sultry melodrama waiting around the corner for Guzman, Nadia, Samuel, and the rest of the crew at Las Encinas. Season 3 will premiere on Netflix on March 13. Check out the teaser below!

← 5 Shows After Dark: 'Hot Ones: The Game Show' Premiere TruTV, 'This is Us' on NBC | The Internet Figured Out the 'Last Christmas' Ending Twist and Paul Feig Wasn't Thrilled →