Ryan Reynolds dialed into The Late Show with Stephen Colbert last night, apparently from a basement bunker in a remote area (all these wealthy people taking sanctuary in their second homes!), where he’s holed up with his wife, three daughters, and mother-in-law. He says that he’s doing his part to help eradicate men from the face of the planet.

It’s an awfully charming interview, and Double R is both funny and at times genuine, explaining that, while pneumonia may not sound like a big deal to some young people, it took down his father, a force of nature who — according to Reynolds’ description — sounds like Old Dan Tucker (a mighty man who washed his face with a frying pan). Reynolds and Blake Lively have also been doing their part to help out while holed up, contributing a ton of money to food banks, as well as donating proceeds from the sale of Reynolds’ gin to the bartender’s guild. It’s a fun interview.

In part two of the interview, however, Stephen Colbert reveals to Ryan Reynolds the first role he ever auditioned for: Screech from Saved by the Bell. He did not land the role, however, because — even for a role that would eventually go to Dustin Diamond — Colbert was too “over the top.” How is that even possible?

Here is what I don’t understand. Stephen Colbert says that he auditioned for the role in 1986, meaning that he was actually auditioning for a role in Good Morning, Miss Bliss, the Disney show that would eventually morph into Saved by the Bell. In 1986, Dustin Diamond — who eventually landed that role — was 9 years old. Stephen Colbert was 22 years old. It’s very strange to consider that a 9-year-old and a 22-year-old were auditioning for the same role.

At first, I thought maybe Colbert was confused. Maybe he auditioned for Max, the role that would eventually go to Ed Alonzo for two seasons of Saved by the Bell before he was fired for sexual harassment. However, that doesn’t track, because Max wasn’t on Good Morning, Miss Bliss, so that role would not have been available in 1986.

So, did a 22-year-old and a 9-year-old really go out for the same part? This picture of Stephen Colbert from college certainly seems to confirm Colbert’s admission. 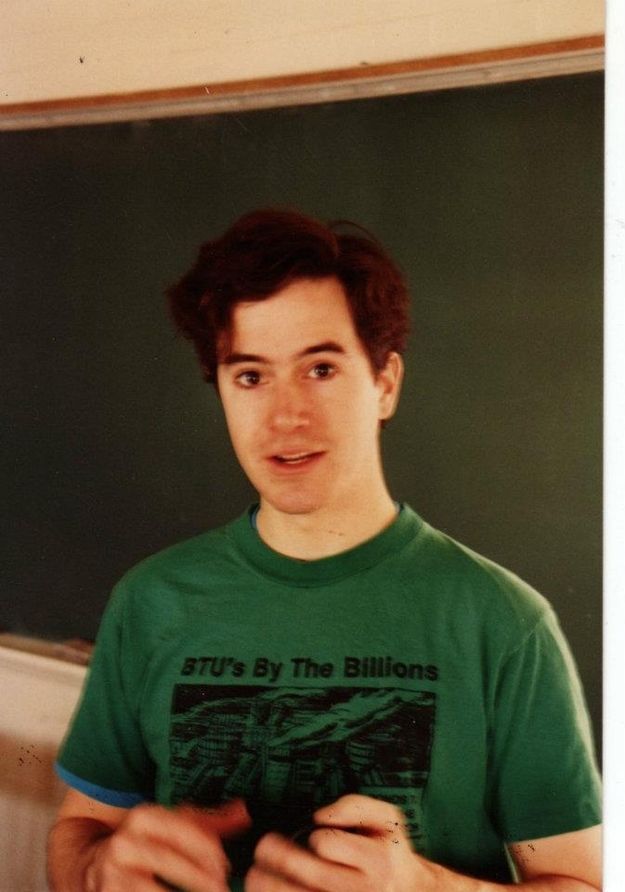 So, basically, what we’re saying is that there is another universe where Screech from Saved by the Bell could get it.

← Dr. Anthony Fauci Addresses the Tipping Point on Lockdown Measures | 'Hey There Delilah' Sung to the Tune of 'Jolene' is a Little Slice of Genius →