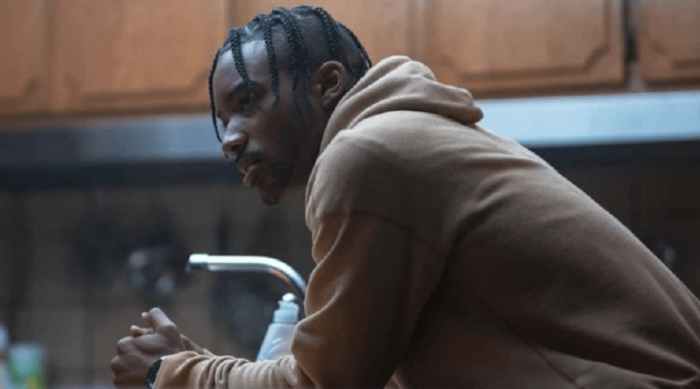 'Euphoria' Recap: You Let the Doubt Creep In, and You're Done

Subtlety continues not to be a thing in this week’s Euphoria, which otherwise built upon last week’s best episode of the season with another solid episode, if only for its ability to move the plot forward without resorting to horribly despicable acts of sexual violence. This week’s episode stuck to horrible and despicable while the sexual act at the center of the episode was more of the aggressive and repellent variety.

The focal point of this week’s episode is on Chris McKay (Algee Smith), whose father tells him at a young age to repress the frustrations and anger he feels by the racist insults flung at him and let it explode out on the football field. The strategy made him a great high-school football player but it is lousy for his mental health. That comes more into play in college when Chris realizes that he’s a great high-school football player, but in college, he’s a dime a dozen and his NFL hopes are not realistic. He thus seems to put even more focus on his high-school girlfriend, Cassie, although McKay is clearly insecure about her past sexual history (and rejects her awesome Alabama Whorley Halloween outfit because it’s too slutty).

McKay’s mental health issues come to the fore when a group of naked white guys in ski masks barge into his dorm room while McKay is having sex with Cassie, throw him on the ground, and violently mime sodomizing him while filming it as part of some sort of severely messed up hazing ritual. Afterward, a shaken McKay goes fetal and weeps a little before retiring to the bathroom to compose himself. When he comes back out, he inexplicably insists upon continuing to have sex with Cassie, who is not into it for obvious reasons but allows McKay to reassert his masculinity over her by pinning her down on the bed, stoically f**king her, and finishing on her back. It’s not exactly romantic, as McKay — typically one of the more sensitive guys on the show — ends up treating Cassidy like an orifice instead of a person. The reason is obvious, but it doesn’t make it OK.

That ultimately creates enough emotional distance between McKay and Cassie that, the next night — while McKay is out of town — Cassie not only attends a Halloween party dressed as Alabama Whorley, but she ends up making out with “nice guy” Daniel, who turns into a raging, abusive douchebag when Cassie refuses to have sex with him. “I’m going to be honest with you, because no one else will. Any guy who says he’s interested in you beyond f**king you is full of sh*t,” he tells her.

A crying Cassie goes home and drinks some more, realizing that she’s also missed her period. Meanwhile, when McKay goes to his father and tries to come clean about his inadequacies as a college football player, his dad tells him, “It’s all in your head. You let doubt creep in, and you’re done.” He’s not exactly Mr. Supportive.

Meanwhile, Nate — the King Joffrey on Euphoria — concocts a plan along with Maddy to get the heat off of him for choking Maddy, because he’s tired of being treated like a social pariah. It’s an insidious three-part plan. First off, he goes to Tyler — the guy he beat unconscious earlier this season for having sex with Maddy — and blackmails him into falsely confessing to choking Maddy. Maddy, meanwhile, goes to the police and wrongly fingers Tyler as her abuser. Nate then goes to Jules with naked photos she sent of herself when she believed she was communicating with ShyGuy on the phone and tells her that he will turn the photos over to the police and get her charged for kiddie porn if she doesn’t go to the police and falsely reveal that she witnessed Tyler choke Maddy at the carnival. Nate’s evil scheme works perfectly. Tyler is charged, and Nate shows up to the Halloween party with Maddy in ironic prison stripes, because he really is that awful.

Being implicated in Nate’s crime, meanwhile, sends Jules on a drunken spiral at the Halloween party. She blows off Rue and otherwise treats her with indifference, which is killing poor Rue’s heart when she needs that the least, so soon after getting sober. Rue does, however, have a nice heart-to-heart with her drug dealer, who forgives her for berating him for not selling her drugs. Rue confesses she’s also on another kind of drug now: Love. “The highs are high, but the lows are low.” At the end of the Halloween party, however, Rue does seem to realize that Jules’ drunken and indifferent state has something to do with Nate.

Finally Kat. Oh, Kat. Despite all the interest that Ethan continues to show her, Kat seems incapable of believing that he likes her for anything other than sex. “Ethan, if you want me to suck your dick or f**k you, just say it. Stop acting like we’re boyfriend and girlfriend, because the chances of that happening are literally zero.” Later, Ethan tries to be what he thinks that Kat wants him to be and goes down on her in a bathroom, but it’s not him, and he ends up coming in his pants, probably leaving Kat feeling dejected because she refuses to believe that anyone could love her. You’re breaking my heart, Kat.

← Is Spider-Man Still in the Marvel Cinematic Universe? | WTF Is Up With Phase 4 Of The MCU? From 'Black Widow' To 'Blade' →