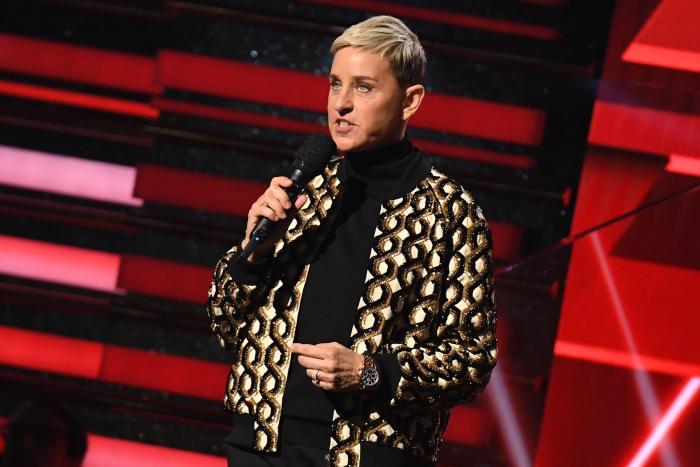 In late July, BuzzFeed published a scathing article detailing current and former employees’ experiences working at The Ellen DeGeneres Show — spoilers, her “be kind” motto is a bunch of bull and the work environment was toxic as hell. An investigation was launched, three producers were fired, and Ellen promised that things would be better moving forward. (We’re still waiting to see how that pans out.)

Shortly after Ellen’s show was outed for being a horrible place to work, BuzzFeed also published an article about TMZ being a misogynistic, abusive workplace. This was according to several employees; meanwhile, a former TMZ on TV staff member alleged that she was also subjected to sexual harassment and discrimination and filed a formal complaint about it.

While the news about both Ellen and anything having to do with TMZ’s work environments were not surprising (though it is disgusting to think how long such behavior went unchecked), the common denominator here is apparently parent company Telepictures. And you know who owns Telepictures?? WarnerMedia. Yes, the same organization that recently laid off hundreds of its employees and is apparently trying to silence Ray Fisher after he came forward about abusive behavior that occurred during the Justice League reshoots.

Apparently, this toxic behind-the-scenes behavior — including verbal abuse, lots of unwarranted firings, and harassment — dates all the way back to the days of The Rosie O’Donnell Show. A former Telepictures producer broke it down in no uncertain terms:

“What you had at Ellen are showrunners who came from notoriously toxic environments, so what resulted was the worst of all those worlds. A place where the EPs cater to the host, restrict virtually every other staffer’s access to the host, and then make you work 80- to 90-hour weeks almost for sport ‘because that’s what they had to do.’”

Damn. According to the report, employees aren’t convinced that things are really changing (nor should they be because we know how Hollywood works unfortunately). Telepictures was acquired by Warner in 1988. Back then the company was run by Les Moonves, the former CBS CEO who notoriously fostered a toxic workplace culture and was accused of sexual misconduct, among other things (he was fired from CBS in late 2018). Fun fact, his wife Julie Chen still hosts Big Brother on the very same network. Awkward.

Anyway, it was the late Jim Paratore, who replaced Moonves as Telepictures president, that allegedly set most of the tone for the company’s workplace and it got really dark. Long story short, a lot of reshuffling and restructuring didn’t make for a better environment because everyone who bullied and allowed such behavior remained at the company in some way.

There’s just so much to digest: from racial and gender discrimination to one producer doing “Game of Thrones-type sh*t” with people in her circle. This wasn’t elaborated on and I don’t really want to know beyond understanding that it was just BAD and only now are things starting to change. Whether it’ll be better moving forward remains to be seen, but the fish rots from the head and the stink is repugnant.