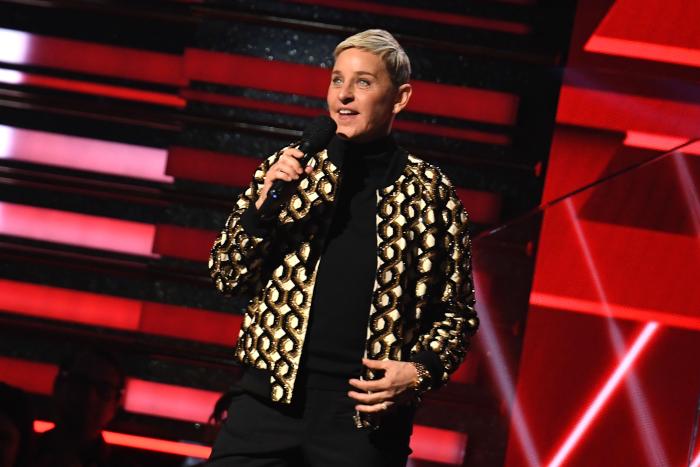 Like all other TV productions, The Ellen DeGeneres Show was initially shut down due to COVID. The talk show has halted filming once again, only this time it’s because Ellen DeGeneres herself has tested positive for the virus.

“I want to let you all know that I tested positive for COVID-19,” she wrote on Twitter. “Fortunately, I’m feeling fine right now. Anyone who has been in close contact with me has been notified, and I am following all proper CDC guidelines. I’ll see you all again after the holidays. Please stay healthy and safe.”

Seems like 2020 still has a few surprises in store before the year is over. DeGeneres sounds optimistic that she will be fine, and she probably will be. There’s no way to know for sure how DeGeneres picked up COVID, but at least she contacted everyone she’s been around recently. I suppose it was bound to happen at some point considering that TV productions have resumed filming despite the fact that we’re still in a pandemic. And I get it, people have to work, but the risks are still there no matter what precautions are being taken.

Several other shows have also had crew members and actors test positive for the virus, though they’ve only suspended filming for a week at the most. Maybe DeGeneres’ show was about to go on a holiday hiatus anyway, but I hope that her staff is being compensated despite the fact that the talk show won’t return until January. It’s what they deserve after the hell they’ve put up with while working on the show.

The Ellen DeGeneres Show has been in boiling hot water for most of the year after a BuzzFeed article revealed that several employees of the talk show had accused producers and managers of fostering a toxic workplace environment and, not long after, allegations of sexual harassment also came to light. DeGeneres has since apologized and vowed to do right by her staff, but claims to not have known about anything that was going on. Make of that what you will.

← 5 Shows After Dark: 'One Night Only: The Best of Broadway' on NBC, 'Time Person of the Year' on NBC | The Kardashians Merged With Disney, It's All Over for Us Now →