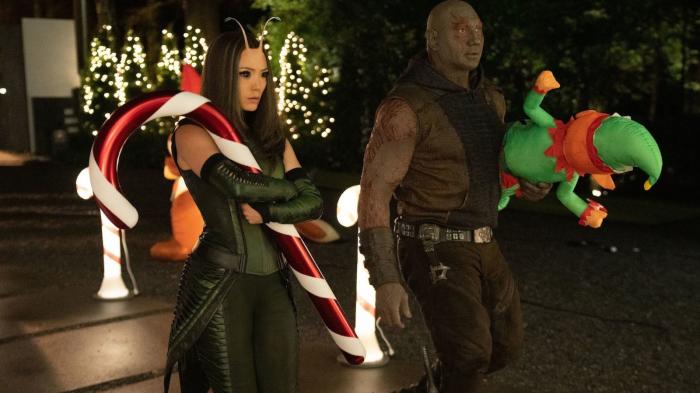 The Guardians Of The Galaxy Holiday Special is specifically about Christmas. No Hanukkah or Life Day celebrations are observed in the forty-five-minute program. It would have been an entirely different sort of story if the special was about Peter Quill explaining how there are so many religious observances of light bringers and the sustaining of light during the darkest part of the Earth’s year. There would be less slapstick but more interesting than what is streaming on Disney+.

It’s a cute show. Most of it is Dave Bautista and Pom Klementieff running around downtown Los Angeles in full Drax and Mantis costumes interacting with fans while they hunt down Kevin Bacon in a misguided attempt to provide Peter with the perfect Christmas gift. That’s all fine. But the whole thing feels slapped together without the same thoughtfulness that went into Werewolf by Night.

The story is bookended by a couple of Ralph Bakshi-esque animated flashbacks to a Christmas that Peter Quill, Kraglin (Sean Gunn), and Mary Poppins Yondu spent on the Ravenger’s ship and is framed by Kraglin trying to explain to the rest of the Guardians crew what Christmas is and how Yondu ruined it for young Peter.

Chris Pratt’s Peter Quill/Star-Lord is in it for maybe 10 minutes (which suits me just fine.) He’s rocking more of a dad-bod and shaggier hair than we’re used to seeing on the character, which is what made me think this was a situation where James Gunn rang up some buddies and said “Hey guys, let’s do a Christmas show!” And then Disney threw a bunch of money at him.

Kevin Bacon brings a high level of manic energy into the show, matching Drax and Mantis’ brand of insanity as they navigate Christmas-themed Earthling culture. But the standout in this special is the soundtrack. It opens with The Pogues’ “Fairytale of New York,” and features Christmas songs by Hanoi Rocks, The Smashing Pumpkins, Low, The Waitresses (naturally,) Fountains Of Wayne, The Wombats, Julian Casablancas, and Little Jackie. The Old 97’s appear as a space alien band and perform two numbers, “I Don’t Know What Christmas Is (But Christmas Is Here)” and the finale, “Here It Is Christmastime,” with Kevin Bacon on guitar.

I’m not sure how many more generations of kids are going to enjoy the Christmas specials of our youth — or their grandparents’ youths. Kids these days are harder to impress. Rudolph is getting faded and Frosty doesn’t sell the magic like he used to. I’m glad that someone is making new specials that we can fold into the rotation around the holidays. The Guardians Of The Galaxy Holiday Special is a simple, silly story that didn’t leave much of an impression on either my twelve-year-old or me. But we did get to spend some time with adolescent Groot and watch the gift exchange between Nebula and Rocket. They even made sure to sneak in Cosmo the Spacedog. 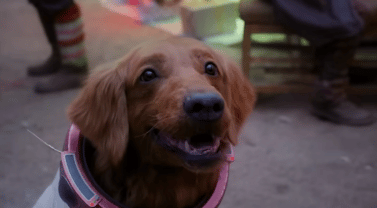 
← Disney+'s 'The Santa Clauses' Review: Boomer Santa Is a Bummer | Netflix's Must-Watch 'The Swimmers' Is Harrowing and Triumphant →