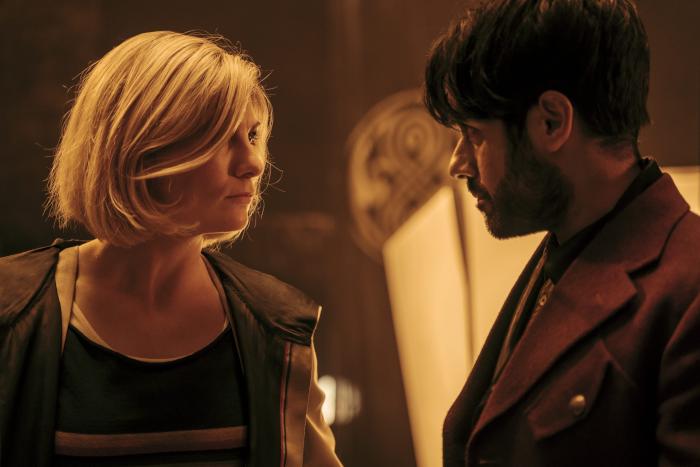 We made it to the end, Whovians: Jodie Whittaker’s sophomore season as the Doctor concluded with a two-part parade of peril, and that’s your lot until the next festive special. The penultimate episode, ‘Ascension of the Cybermen’ did exactly what it needed to do — it gave us a whole lot of huh, what and oooh to mull over before the finale, ‘The Timeless Children’, which turned the bonkers dial up to 11, pounded the canon reset button a few times and then dressed Cybermen up in literal capes. Garden variety robots are so last season, y’all. Spoilers are ahead!

‘Ascension…’ picked up where ‘The Haunting of Villa Diodati’ left off, with the Doctor determined to solve the problem she created when she let Rusty the Cyberman take the shiny Cyberium from Percy Shelley and disappear to destroy the universe. Oopsy. Armed with his special gadget, Rusty has been on a rampage since then, and when the team track him down a long time in the future in a galaxy far far away, the wars have been raging and there are only pockets of human survivors left.

Rusty is the thing that normal Cybermen are scared of. He hurts them. They scream. One look at him and they soil their Cyberpants. He’s one big bad Cyberdude. Like all Big Bads, he gets to do some monologuing. But, like, Cybermonologues. He has a Cyberplan, and an inordinately powerful weapon of mass destruction: the Death Particle, lodged in his Cyberchest. 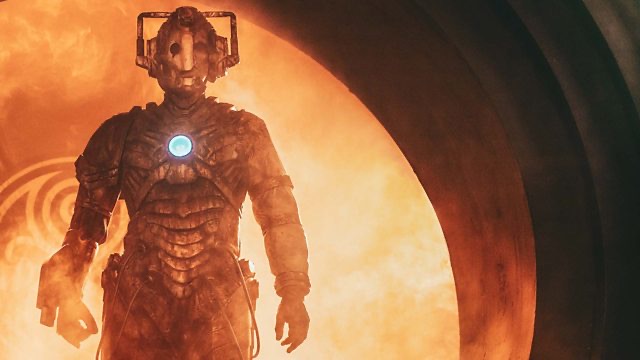 The Cybermen were already pretty terrifying without Rusty’s special Rusty-ness, whether they are the flying head drone types, or the million dormant ones waiting for Graham and Yaz on the HMS Massive Trap Cybercarrier. For a moment there, it looked like there was real actual peril, and that we might lose someone from the fam.

The only escape route was the Boundary — a portal in time and space, guarded by a warrior hermit type, Ko Sharmus (Ser Barristan Selmy himself, the ever-resplendent Ian McElhinney). But plot twist: the other side of the Boundary was post-apocalyptic Gallifrey, and the welcome committee consists of the Master in full jazz-hands mwahahaha mode. Not good.

Going into ‘The Timeless Children’, we had a surfeit of Big Bads, and the Master dealt with this predicament (and Rusty’s lack of ambition) using his favourite gadget, thus creating Mini Rusty, the moderately sinister figurine. He’s still a weapon of mass destruction, but he’s a wee little pocket Cyberman now. Masterplan beats Cyberplan.

But the Master can multi-task, so he finds time to do some taunting and mind-blowing before the blowing up can continue. The Big Question on everyone’s lips after ‘Ascension of the Cybermen’ was: who the chuff is Brendan? Running through the first half of the finale were odd scenes of a mysterious foundling child raised in rural Ireland, regenerating after a childhood accident, then growing old and having his memory wiped by a guardian and a mentor who didn’t age. The question was answered in a way that rewrote Doctor Who canon and confirmed that the Time Lords really were absolute jerks.

With great power comes great pomposity, eh? The revelation that Gallifreyans stole the ability to regenerate by torturing a mysterious child, then gave the gift of 12 regenerations to a chosen elite via gene splicing, and used this power to rule as gods…well, it fits. And of course, that child grew up to be the Doctor, albeit growing up several times, with her memories wiped clean to keep the truth of her limitless regenerations from her. At a flash, the show can last forever. Who cares about the plot holes! Eleven didn’t need another cycle of 12 regenerations as a gift at Trenzalore, because he didn’t really have a limit. Doctor Ruth is pre-One, and the TARDIS must have just enjoyed looking like a police box. No wonder the Matrix broke trying to figure all of this out at once. Not even Twitter could handle it.

It’s a lot for the Doctor to process, and she’s got the small matter of the Master’s new pets to face when she wakes up. How do you make Cybermen more scary? Give them regeneration powers that make them unkillable. Well, at least 12 times anyway… How do you make them less scary? Dress them up in capes and put fancy wings on their helmets. Aargh, look at those invincible flamboyant trip hazards!

All would be lost, except some plucky humans arrive to save the day with bombs and stuff. My how they’ve grown! Ryan can blow things up now! Graham is the Big Ideas guy! Yaz is a fearless boss! And Ser Barristan is there to literally take one for the team and stop the Doctor sacrificing herself!

Some conveniently intact spare TARDISes provide escape routes for the humans and for Thirteen, though the fam don’t know if the Doctor survived, and the Doctor has a classic Ten-style ‘WHAT?’ ending to the episode when some Judoon appear in OG TARDIS and zap her off to prison.

I’m still fully Team Graham, and he was responsible for two lovely parts of the finale: the plan to disguise themselves as Cybermen, and that lovely speech to Yaz. Recent reports suggest that although Mandip Gill is signed up for next season, the festive special will be the last trip for Graham and Ryan. Sob. They’d better not kill Graham off. Let him retire to a lovely holiday resort where there aren’t any homicidal critters, and he can drink pina colada in the sunshine while reading books.

We’re all presuming that the Master found a way to get out of that, right? Chibnall is yet to confirm where Sacha Dhawan’s incarnation fits in with the Master’s timeline, and a lot of fellow Whovians on Twitter have been sharing their hope that he was pre-Missy. What do you think?

The Master’s master plan to create a…master race was a little on the nose, right?

The Doctor’s origin story does make her use of the word ‘fam’ to describe the team a bit sweeter though.

That was one hell of a montage. There were a lot of Easter Eggs in there — did you spot a good one?

Wait until Shelley hears about all this. I’m sure he’ll want to write an epic poem about it…

This season has been patchy at best, and a downright slog at times; let’s pray to the almighty Time Jerks that next season gives us a bit more consistency, some fun, a balance between monster of the week and season arcs, and — whisper it — the return of a few familiar faces… (cough CAPTAIN JACK cough)

← Meghan McCain Says Chris Matthews 'Deserved Better,' Oh Goddammit | You Have Got To Be Kidding, 'Manifest' →