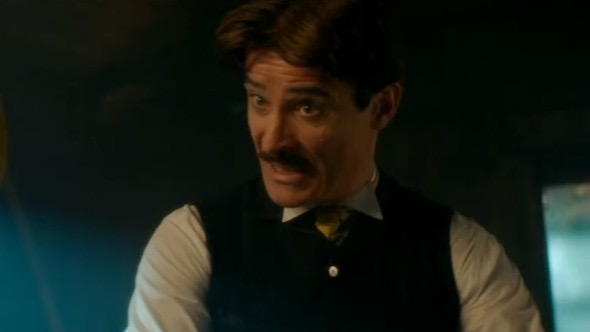 I wouldn’t say I breathed a full sigh of relief this week — more of a wary exhalation of temporary respite — but ‘Nikola Tesla’s Night of Terror’ was better than last week’s episode, ‘Orphan 55’. This was in large part due to the safer territory of a historical romp, the sort of episode that the show did so well last season, but also partly, if I’m being honest, the fact that Doctor Who made Tesla a hotty. Despite the hair.

I’ll get the hair mockery out of the way first. Thanks to a Noogle-Image search, Goran Visnjic’s Tesla styling was pretty damn historically accurate, even though it is probably best described as what happens when 90s boyband ‘curtains’ hair is forced to sit under a top hat for a while in a humid environment. If anything, they have toned Tesla’s hair down a bit. It’s still silly, even if it sits atop a genius brain. What gives it so much body and oomph? IDEAS, man. And some pomade.

There’s only one more silly thing about Tesla and it’s that he’s not very good at naming things. He labels his inventions the way I name my files: literally, to the point of painfully. What he really needed was someone who could dream up fanciful and fun names like, uh, Noogle, and Kerblamazon, someone who definitely didn’t briefly refer to the monsters of the week as ‘Skidmarks’ in their notes because they misheard ‘Skithra’ the first time and used an approximation as a holding name until someone enunciated it properly later in the episode. Just saying, Tesla, if you need someone to liven up your branding, call me…

If last week was a public service broadcast about the climate disaster, this week made a virtue out of recycling. The Skidmarks Skithra were clearly upcycled versions of the Racnoss from ‘The Runaway Bride’, and their form of intergalactic piracy involved (helpfully) raiding the BBC prop closet for all sorts of goodies from seasons past, which was a great bit of creative problem solving, and hey, we’re all short of a few quid in January, right? The Skithra want Tesla to take on the role of Chief Fixer-Upper on board their ship, and their recruitment drive leaves a lot to be desired.

But never fear: Team TARDIS is here! After the epic failure of Graham’s all-inclusive couponing experience, the Doctor has taken them off for a holiday, a bit of sight-seeing, some educational treats and a few near-death experiences. This time, it’s Ryan who has to sit back a bit as Graham gets to have a lot of fun winding up Thomas Edison (Robert Glenister) and poor Yaz gets zapped away by aliens again. Poor Yaz. First Parallel Matrix Robot Chest Hair Land (see what naming skills you’re missing, Tesla?) then Space Scorpion Central. She really does have terrible luck.

The Doctor, however, is practically giddy with excitement at working with Tesla, and it’s not the first time this season that we’ve seen her working with temporary companions who have much greater skills than her actual “fam”, which must be making them a little nervous. It’s OK, team. You’re the light relief. Tesla might be a genius, but he’s not dropping zingers of dialogue like this:

Graham: This ain’t our first rodeo.

Ryan: We’ve never been to a rodeo…

As ever, protect Graham at all costs.

The pesky Skithra are no match for the mad science combination of the Doctor (back in her inventor goggles, yay!) and Tesla, and are summarily zapped into oblivion after the customary single warning, leaving Yaz to lament how Tesla will be an unappreciated genius until long after his death, when his inventions will finally become a reality, and his name will be commandeered as a brand name by a creepy billionaire because capitalism. (Wait, is Elon Musk an alien? Because that would explain some things…) “The future is mine,” says Tesla. True. The hair won’t age well, but the ideas radiating out from the bonce beneath will go on to change the world.

Lots of callbacks to previous foes and familiars, this time feeling deliberate rather than derivative - like I said above, virtuous recycling this time! The Racnoss, the Venusian ship, the Silurian gun…

Perhaps the most similar premise to this episode was ‘Vincent and the Doctor’, but this one was a bit more cheerful in the end.

The single chance to go in peace is a consistent element of New Who, even if the actual ‘blow them all up’ part of the episode was rather less in character. Remember when Ten realised he’d gone a bit far with the Spider-cide in ‘The Runaway Bride’?

The timeless child arc isn’t going anywhere yet, but for the second week in a row the Doctor is taunted with a reminder of her planet in ruins. How many more times before she talks to the team about it? We’ll have to wait and see.

Next time: the monosyllabic space police rhinos, the Judoon, return! Have they learned some new rhymes? Only one way to find out… 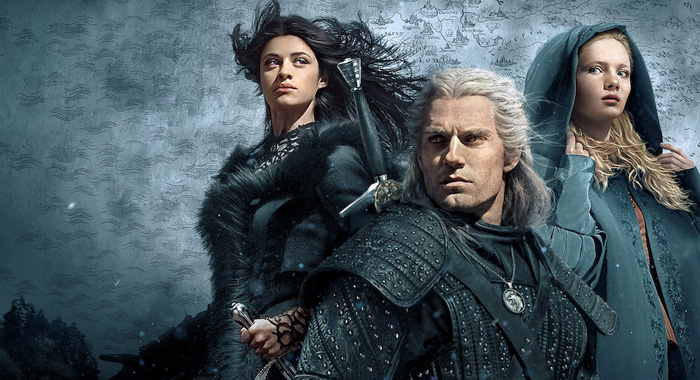 'The Witcher' Is Getting an Anime Movie on Netflix Now