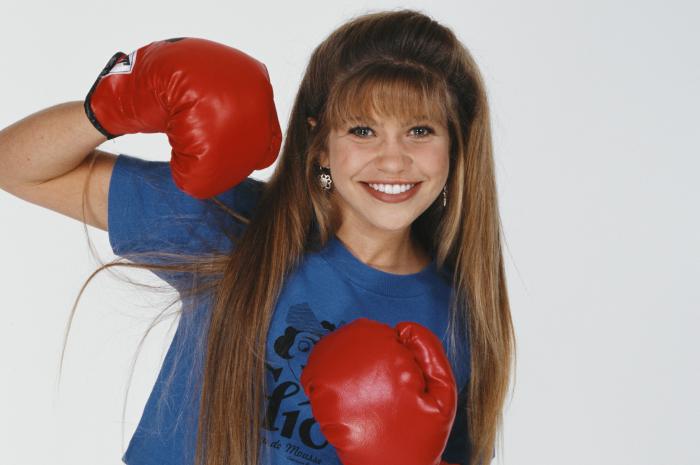 It cannot be easy to be a child star, thrust into the lead on a new series with relatively little experience. In that situation, a 12-year-old needs support and encouragement, and not to be berated in front of the rest of the cast on her first day on the job.

That is, however, what happened to Danielle Fishel, now 41, on her first day on the set of Boy Meets World, having replaced the original actress cast and subsequently fired from the series by creator Michael Jacobs (Dinosaurs, Charles in Charge, My Two Dads). Fishel, who had not originally received a callback after her audition, was basically hired on a Friday night and had to begin production the following Monday. On that first day of rehearsals, Fishel — who spoke very fast — worked hard to slow it down, but it wasn’t enough for Jacobs, as Fishel relayed on the Pod Meets World podcast, which she hosts along with Rider Strong and Will Friedle. At the end of the first day of rehearsal, Jacobs sat down with the cast to go through notes (via Variety).

“I had never been a part of his marathon notes session. This was my first one because it was my very first week,” Fishel said in the podcast. “Michael starts off the notes by saying, ‘Danielle, I’m going to give you your notes all at one time, at the end and I’m going to give everyone else their notes now because if I made everyone sit here through all of the notes I had for you, we would all be here for hours and no one would ever get to go home. So you’re just going to wait for the end.’”

“From that moment on, my eyes welled up because you know, I’m now in front of everybody — all the producers, all the writers, all the cast, and all eyes are on me for a second.”

After the others left, Jacobs sat Fishel down with her mom and basically threatened to fire her if she didn’t improve by the next day.

“He went through every single one of my lines and what he wanted and what I wasn’t doing right and how slow I needed to talk,” she recalled while sweating through the recollection. “What I know specifically was said is, ‘All I know is, if you don’t come back tomorrow doing this entirely differently, you are also not going to be here,’ referencing the girl I had replaced.”

A guest on the podcast, David Trainer — a longtime director on Boy Meets World who basically directed the first two seasons of episodes — had issues with Jacobs, as well. “I worked for Michael for years on multiple shows. This is a hateful story. There’s many wonderful things about him, but there’s hateful things. This is one. To hear this, you’re sweating? I’m really pissed. It’s enough to make me want to sign off of this podcast. I don’t want to be associated with anything that guy is associated with. This is just not how you do things. I’m glad it became a hit, but this is disgusting.”

“Everybody who worked with Michael understood, implicitly or explicitly, whenever Michael lurched to one side of the boat, everybody went to the other side to keep it from going under … The job was — and that’s why I hated it ultimately — was to do your job but to also prevent swamping and drowning.”

Fishel stayed up all night with her mom working through the notes and gained the approval of Jacobs the next day. “Let’s give Danielle a round of applause, you did exactly what I asked of you,” Fishel recalls Jacobs saying. “Thank you, thank you. Congratulations, it was wonderful.”

“He gave me some praise about some specific things and then, he started notes. There were no more threats of being fired, I had done the work and I had shown him that I was worthy,” she said. “It totally sets up that you go after that every week. You’re chasing the dragon of Michael’s approval.”

Will Friedle, who played Eric on the series, added, “He set it up in such a way that for now when he gives you the standing ovation, it’s like the sun is shining on you. It had nothing to do with your acting. It was just, make Michael feel good.’”

After Boy Meets World ended in 2000, Jacobs was largely out of work in the industry save for one quickly canceled series in 2003 until Girl Meets World came long in 2014.