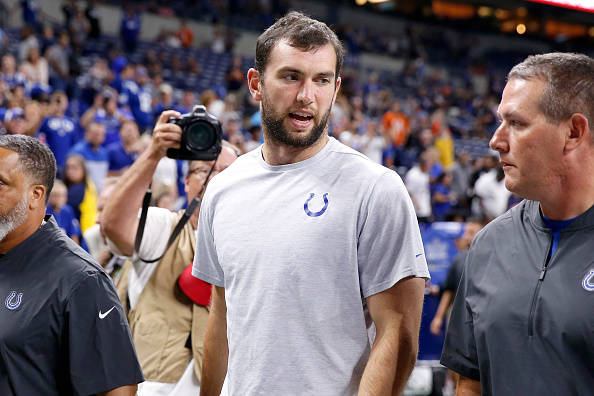 I apologize for featuring not only two sports stories in as many days here, but two sports stories about the same man, Andrew Luck, who gained the respect of many for unexpectedly walking away from the NFL over the weekend. When I wrote about Andrew Luck’s retirement yesterday, I didn’t address the fact that Colts fans booed him as he walked off the field for the last time, mostly because I didn’t want to mix the awfulness of those fans with my reverence for Andrew Luck.

Dallas sports pundit Dale Hansen, however, delivered another scorcher, and I couldn’t resist. Recall, Hansen is the wonderfully grumpy old guy who took NFL and its fans to task several years ago over their reaction to the first openly gay NFL player, took a small Texas town to task for their bigotry, and has called out domestic violence among NFL players on numerous occasions.

Here he is suggesting that the Colts fans who booed Andrew Luck are “too stupid to breathe.”

Look: Whoever takes the Democratic nomination would do well to choose a running mate who might be able to turn Texas blue. I’m not saying it should be Dale Hansen, but I’m also not saying that whoever the VP candidate is shouldn’t get Dale Hansen to introduce him at Texas rallies.