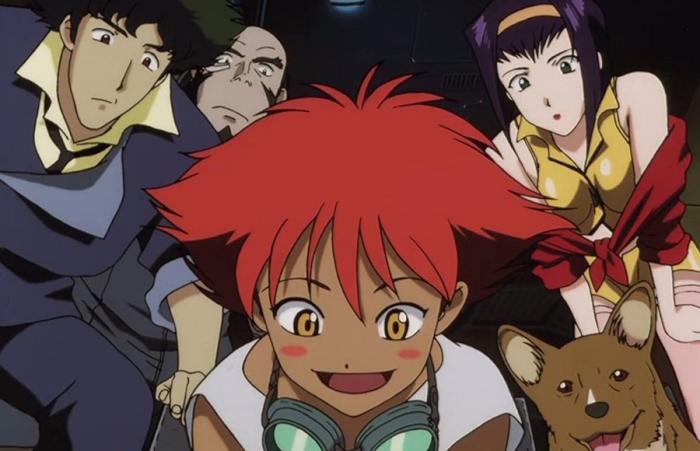 The live action Cowboy Bebop series has been in the works for years. With the exception of the happy casting news, with actors John Cho (credit for which should be heaped at Pajiba’s feet), Mustafa Shakir, and Daniella Pineda as Spike, Jet, and Faye respectively, the production has been mostly plagued by bad news ranging from Cho’s unfortunate knee injury to filming being pushed back because of, well, an actual plague (thanks, COVID). Today, however, treated us to some happy news, thanks to Netflix’s newly-established Geeked Week Day 2 news drop:

Yoko Kanno, the composer behind the iconic soundtrack of the original COWBOY BEBOP anime will be creating the soundtrack for the new Live Action Series. Also confirmed…Cowboy Bebop is coming this Fall. #GeekedWeek pic.twitter.com/6lHZQcoFR6

For those who are only acquainted with or are simply casual fans of the original Cowboy Bebop anime, Yoko Kanno is, simply put, a legend. The Japanese composer, arranger, and musician has been creating scores for well-known anime and video games for decades, though she is arguably best known for her musical work on much-lauded anime series Cowboy Bebop, including being responsible for writing one of the best theme songs in television history. Just in case you need a refresher (oh, who am I kidding, I just wanted an excuse to post this jam):

Kanno, with help from the group The Seatbelts, of which she is also a member, gave the sci-fi/noir/western series a singularly jazz flair, the sort that evokes shadowy meetings in dark bar corners and memories forgotten at the bottom of a rocks glass. Bringing Yoko Kanno back to helm this latest soundtrack is an absolute win for both anime and music fans alike.

No release date yet for the highly-anticipated Cowboy Bebop Netflix series, but word on the street is to keep an eye out for late 2021, all you space cowboys.

Kaleena Rivera is a tv and film writer. When she isn’t languishing on her daily commute to the Bebop soundtrack, she can be found on Twitter here.

← Review: Israeli Director Eytan Fox's 'Subtlet' is a Gentle Romantic Dramedy About the Gulf Between Old and Young Queer Generations | Novelist Taylor Jenkins Reid Is About To Take Over the Streaming World, Too →