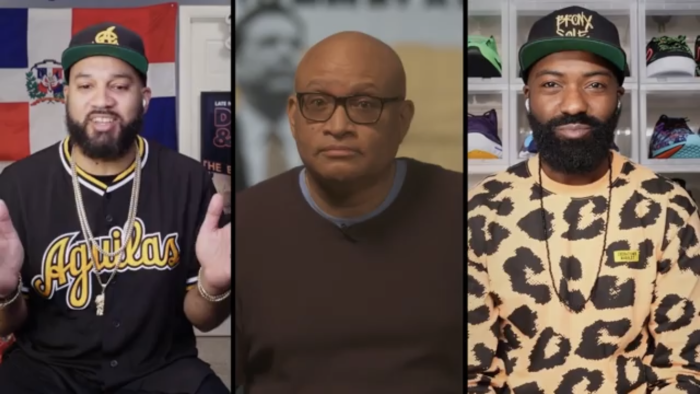 As Larry Wilmore so accurately states, “Conspiracy Theories are spreading faster than COVID at a White House Party.” You’ve heard one or two, I’m sure. Maybe you “accidentally” clicked a certain headline or a friend or family member took a deep breath one afternoon before hitting you with “the truth.” However, since we now live in the dumbest timeline, where facts are frequently questioned, conspiracy theories have found new strength.

Luckily for us, Larry Wilmore brought Desus and Mero onto his show to sift through the madness! The three funny talk show hosts played a game of “Fact or F*** Outta Here” where Larry would present a conspiracy theory and they debate its legitimacy. Topics like the moon landing, Melania having a body double, and whether or not Democrats drink baby blood were all on the table. The segment was f***ing hilarious.

To me, there’s something inherently funny about treating these nonsense theories like the silly, ridiculous things that they are. It takes the steam out of them. I’ve legitimately lost friends to conspiracy theories. They can take people to dark, sometimes dangerous places. With a sketch making fun of them comes a bit of catharsis. Seeing as how we’re stuck in this timeline for the foreseeable future, I’ll take what I can get.