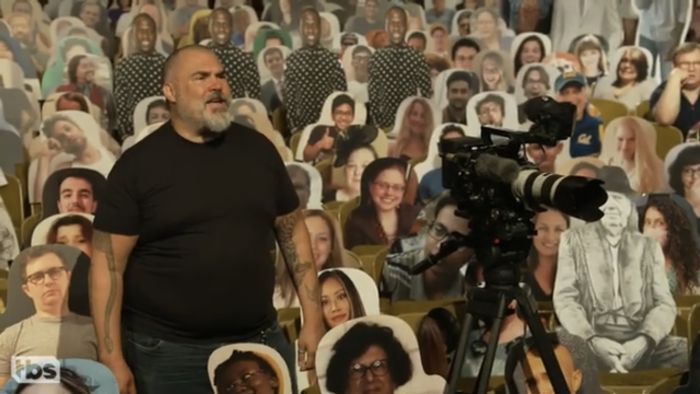 Conan’s Cameraman Interrogates Him About His New HBO Max Show

Three weeks! That’s how long we have before Conan moves on from TBS and the late-night scene that has made him the comedian and host he is today. I’m taking it well. For now. Truth be told, I looked up from my computer to inform my wife of Conan’s impending exit and had to fight back tears. But enough of that for now. That’s not why I’m here! There’s still plenty left to discuss, including a sketch from last night that was about *checks notes* Conan’s exit from late-night… Dammit!

I’m not the only one upset about Conan leaving, albeit for different reasons. Tony, Conan’s trusty cameraman, had questions and concerns. For instance, he accuses Conan of being too good for regular old HBO, since his show will be on HBO Max. It’s a classic example of the “arrogant dumb guy” archetype that the late-night host loves so much. Someone who has no idea what they’re talking about and yet remains smug and confident.

Obviously, that’s not really a cameraman of Conan’s. It’s one of the show’s writers, Andrés du Bouchet, in what I believe is his first in-studio sketch since the pandemic began. It was wonderful, if not a little bittersweet, to see him. He has become one of my favorite members of Conan’s Clan over the years. That adulation is due in no small part to one of his recurring appearances as a mega-fan of a certain show about incest, intense fighting, and betrayal, but not the one you’re thinking of…

I just … that sketch makes me laugh so friggin’ hard I can’t control myself. Andrés du Bouchet is tailor-made for Conan’s brand of absurdity. I truly and sincerely hope he is involved in whatever Conan’s next show ends up being. Hell, I hope everybody on Conan’s staff is. He’s crafted a wonderful team of goofballs that only complement Conan’s wackiness. Also, if he keeps them, I won’t have to deal with the inevitable change that is coming from all of this.

I fear change… and I love Conan.


← After Holding Dirty Laundry Hostage, Chris Harrison Is Officially Out as 'Bachelor' Host | Review: George A. Romero's Lost Film 'The Amusement Park' Is Here To Terrorize Us To Death, And After →