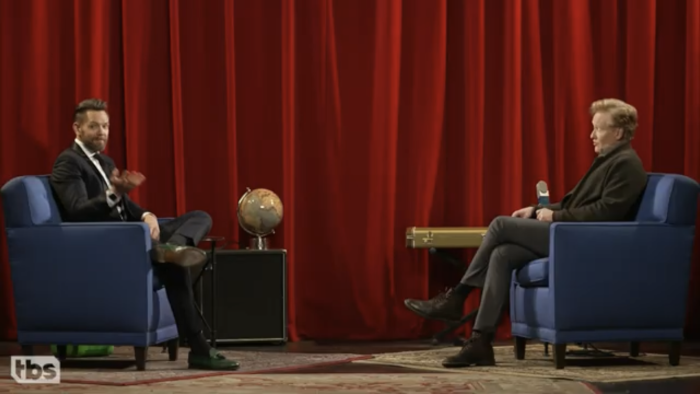 Some friends tease each other. Usually it requires someone in the friendship to have thick skin. This is especially the case among comedians. Anyone who has spent time around a crew of comedians (crew is the scientific term) knows that it doesn’t take long before they try to one-up each other with jabs and insults. Watching Joel McHale on Conan last night is a pretty solid example of all of this.

Conan has often been honest in admitting that not every guest who appears on his show is someone he wants to talk to. That doesn’t seem the case with Joel McHale. Their interaction begins with a playful ribbing that grows and eventually even brings Andy Richter in on the fun. Not only does Joel take the gentle thrashing in stride, he thrashed back! Ohh he thrashed good!

I think the key thing to take away from all of this is that the three men here are actually friends. You can tell. So, it’s delightful to not just see them take shots at each other but also get to talk in the same room! Conan has been having more in-person guests these days, and it feels like nature is healing.

I really enjoyed this interview and you should watch the whole thing. But if you just want a lil taste? This is the taste to have.


← Trevor Noah: 'Your Murders Speak Louder Than Your Words' | Ryan Reynolds Watched 'Green Lantern' for the First Time and Live-Tweeted It →